Gig Of The Century with Violent Soho and Smith Street Band

If you were following my Instagram last week you would have seen me teasing what became the Gig Of The Century. Violent Soho, Smith Street Band and High Tension, all in Crowbar, all in one afternoon with two hours notice.

If you don’t believe me, I warned you. Twice. Then I told you about it:

Told ya! Get there early, this will reach capacity before doors are even open! #gigofthecentury Edit: please don’t DM me about getting you in – I can’t do it. First come first serve. It’s a fundraiser show for 4ZZZ so come early, donate and give high fives.

Since Triple J wrote such an awesome article, let them tell you about it and then I’ll tell you how it all came to be:

The surprise gig was announced on socials yesterday afternoon, and the line was a monster – well around the block – with fans vying for a chance to pack out the 300-ish capacity Crow Bar in Fortitude Valley for a chance to catch Soho and Smithies with support from High Tension, Jess Locke and Joelistiscs.

Asking punters to make a ‘pay what you want’ donation at the door, organisers have told triple j that they managed to raise over $3,500 for 4ZZZ from the show, which from the FOMO-inducing looks of social posts from the lucky ones that were there, was a real fun time of sweaty sing-alongs.

The Smith Street Band were always meant to play a secret show with the opening acts from their tour. A few days before, High Tension decided to play the show also. I was so excited. Two of my favourite bands on the same bill, and I get to shoot it? I was sworn to secrecy so I could only warn you to keep it free.

After a big night shooting The Smith Street Band at Max Watt’s on their Australian Tour, I was editing the photos when I got a Facebook message from Luke Henery.

“I think we are playing the show today.”

That’s all it said. I wanted to know everything about it – how likely it would be, how far along it was in the talks, who is playing first, when it would be announced if I could stay sober enough to shoot this amazing lineup. I wanted to do backflips. I knew people would go insane for this lineup, especially in my home of Crowbar Brisbane. It was only two hours before doors opened, and one of Australia’s biggest bands were just added to the bill of another of Australia’s biggest bands in a venue with a capacity of 300. 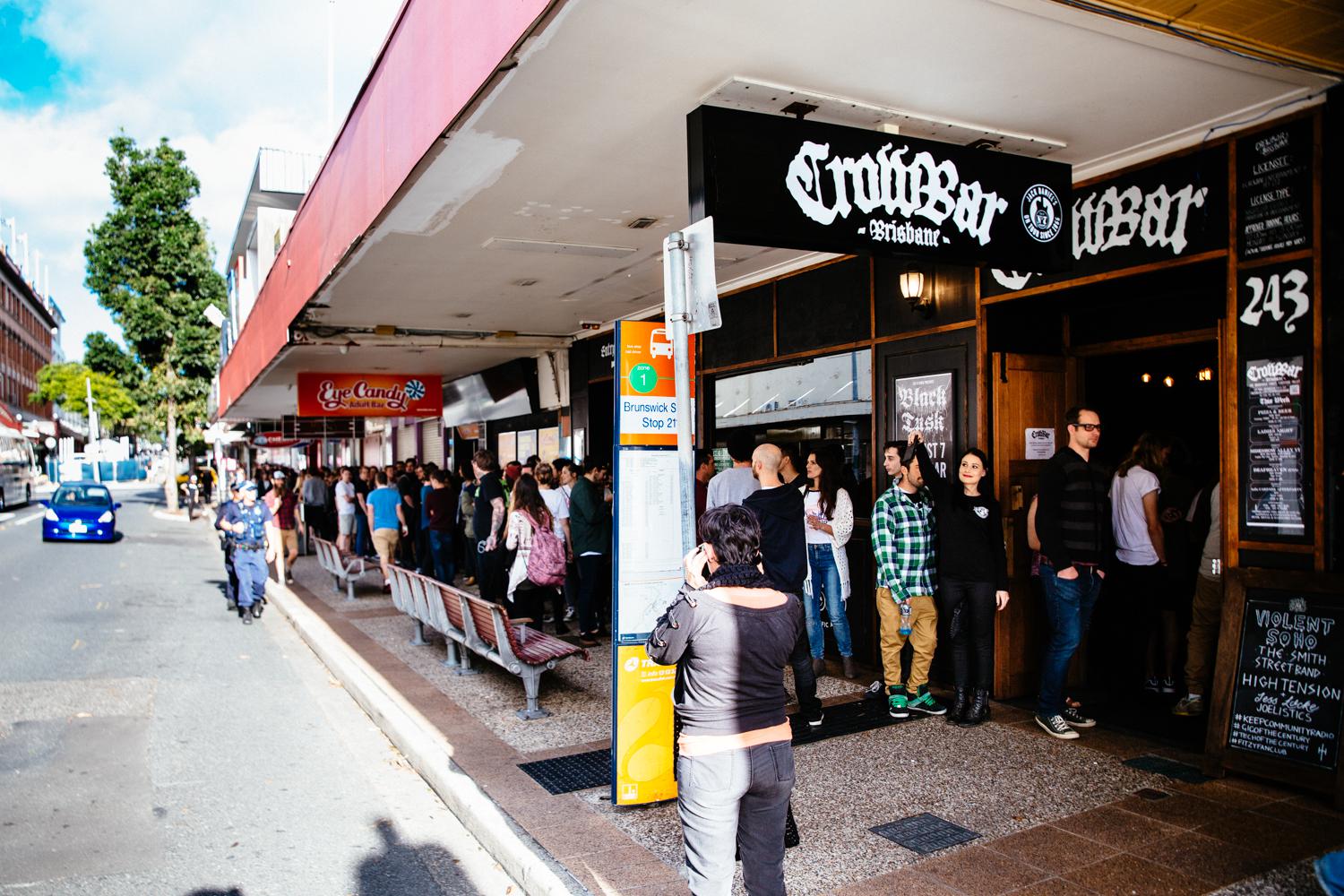 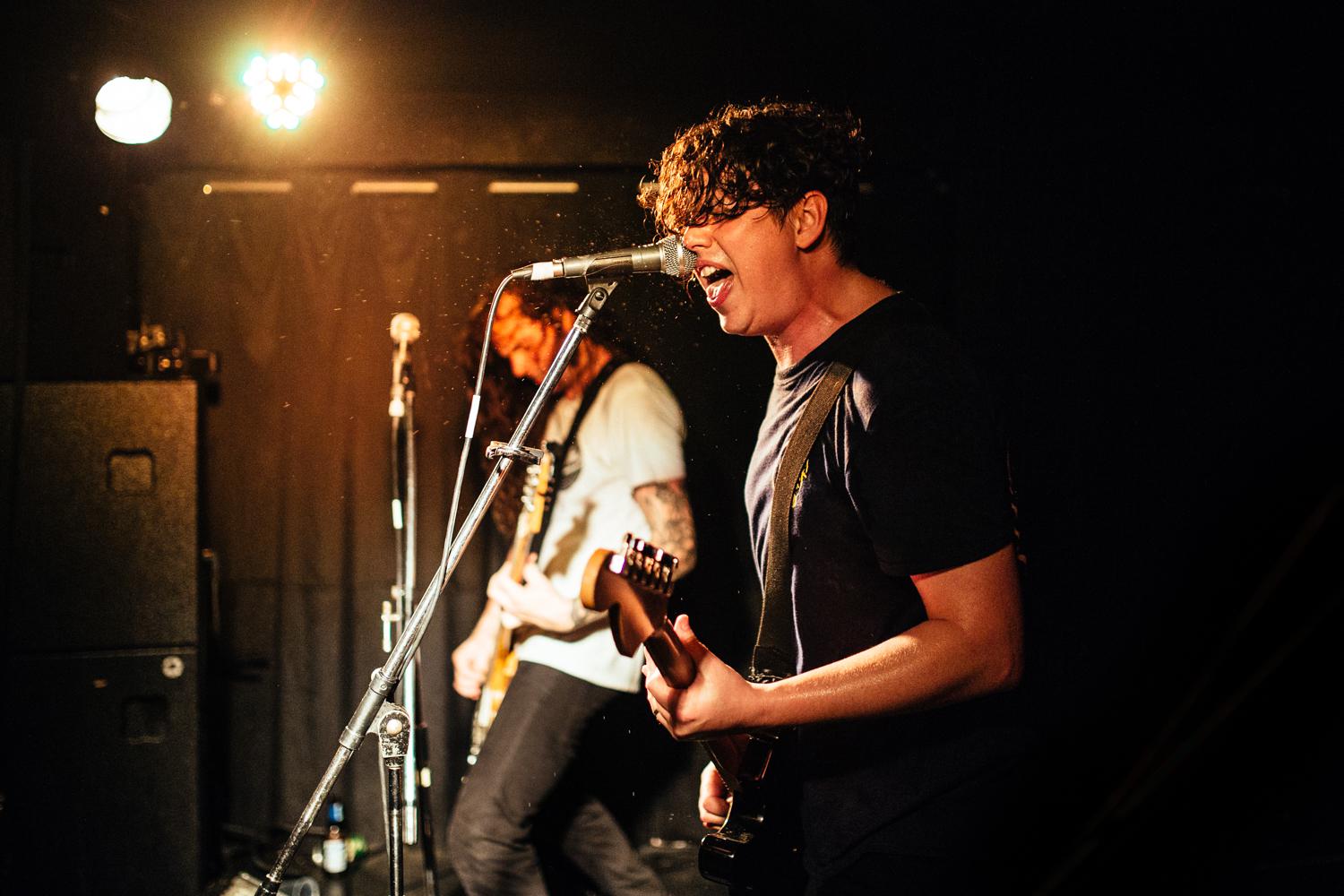 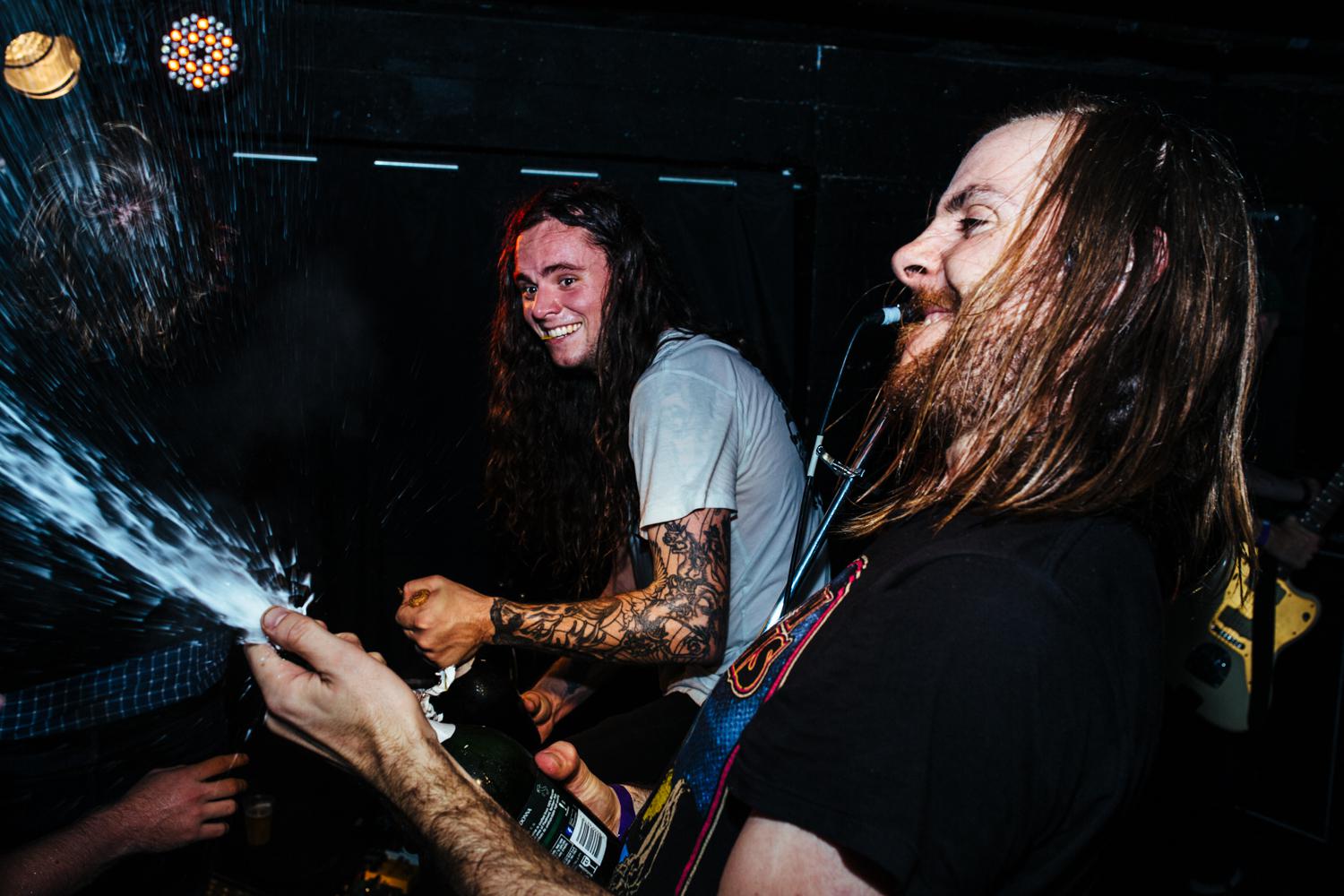 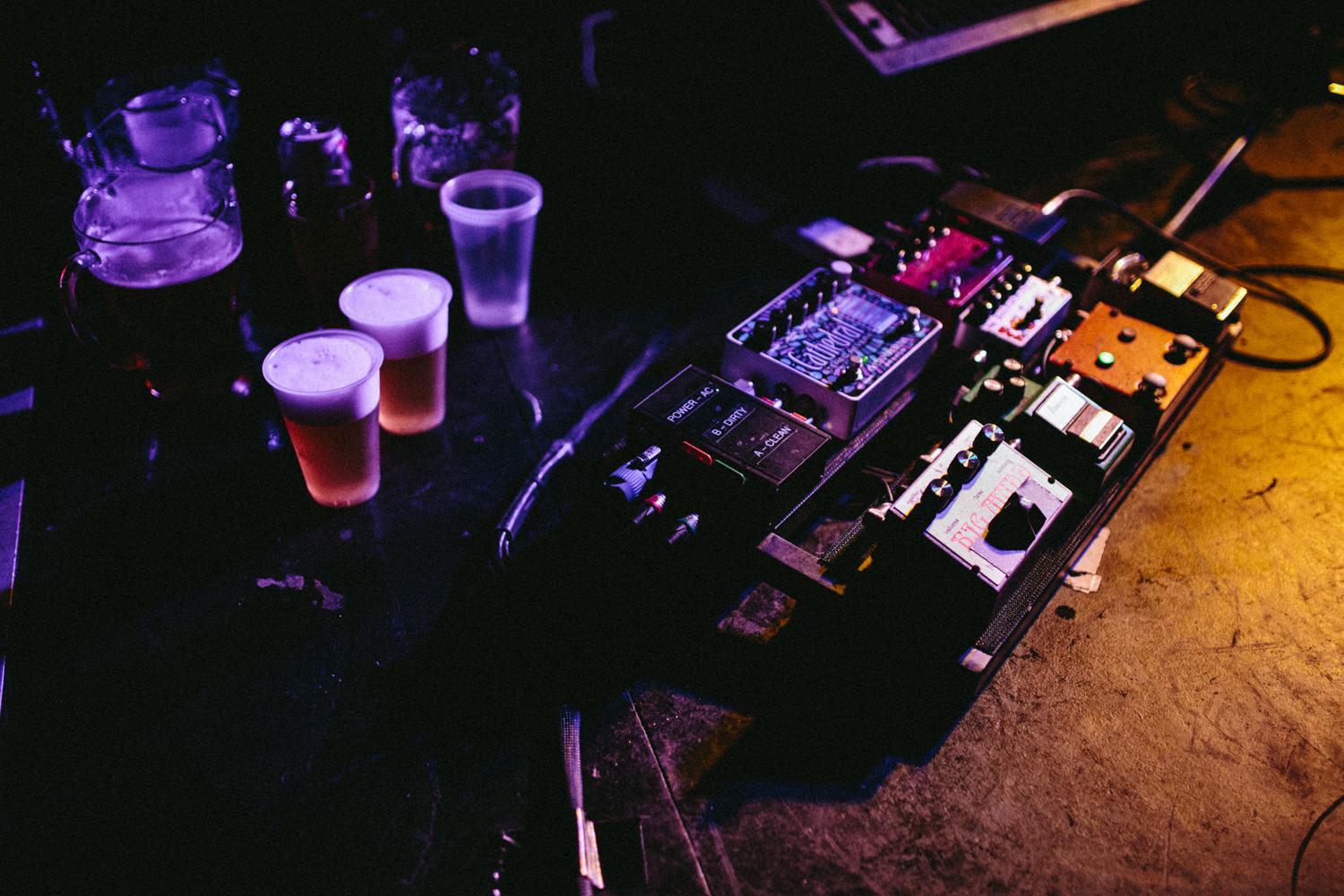 After everyone had cleared out of the venue with huge smiles on their faces, we took this photo: 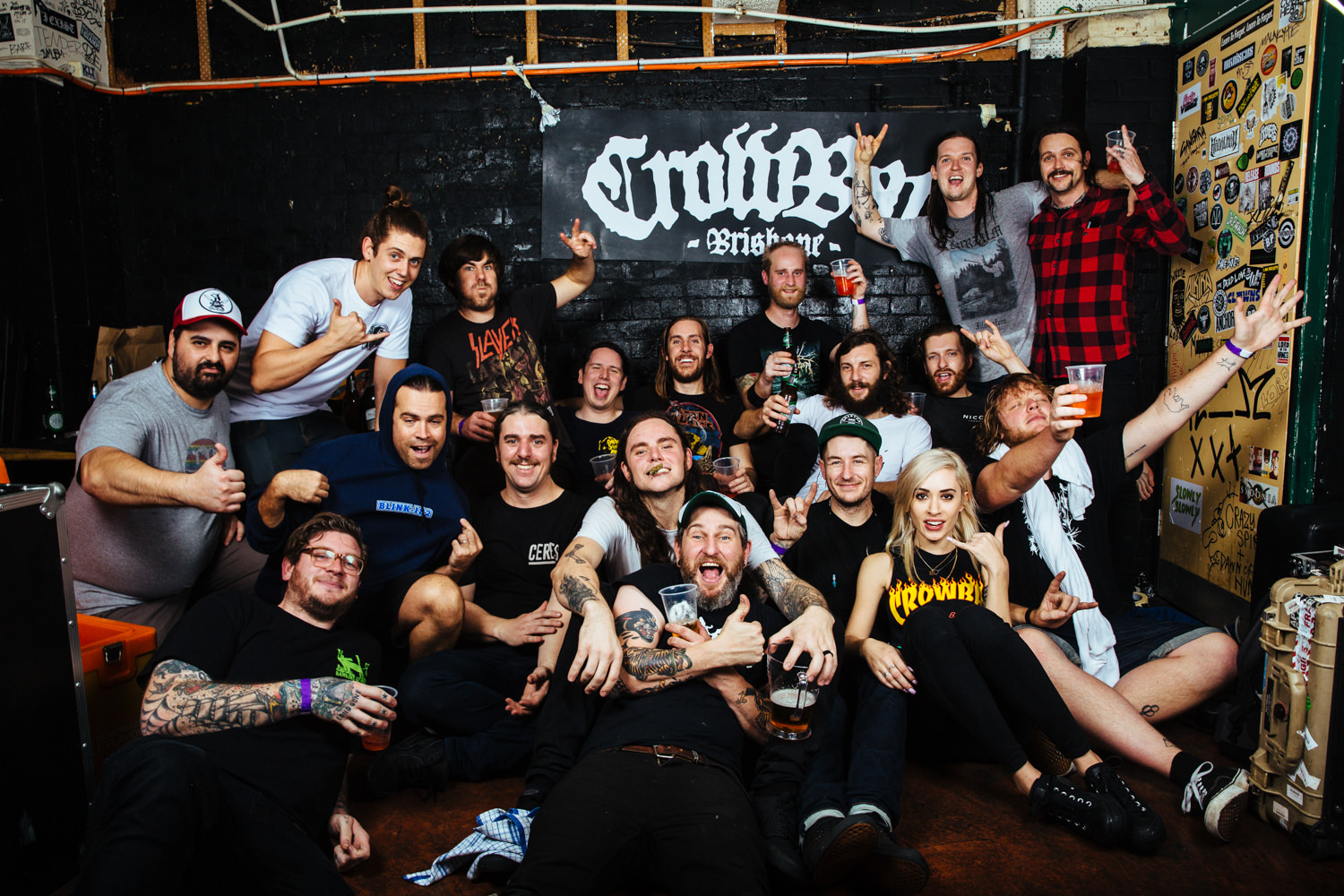 No one knew it, but I have dreamed of taking this photo for a couple of years now. Two amazing bands, two amazing venue owners, and a hell of a crew. Late into the evening we drank, played all our favourite tracks, and just took in the moment of what we knew would be a night we would remember forever. Kind of like a big barbecue where friends told stories and laughed over some cold beers. In The Aisle had created a whole new monster.

So, were you one of the lucky ones who made history?

Camp Cope sells out Crowbar on their album launch tour

Dune Rats were the much-hyped secret show at Crowbar Sydney. What made...