I’ve been following Camp Cope from the launch of their first album. The photos in this project were taken across Australia on tour with Laneway Festival, Against Me!, Modern Baseball, Worriers and more.

I met Camp Cope when they were on Jeff Rosenstock’s tour that brought them through Brisbane. I didn’t know them, but I was doing the Crowbar Couch photo project, so we took a photo of them on the couch. They were very complimentary, even though I insisted the Crowbar Couch photo had to be taken after they had played so it was a sweaty mess. Ever since that night, it’s been a solid friendship and they’ve been kind enough to take me around to many places and have told me many fart jokes. If you’re wondering what they are laughing at in any of the promo photos, it’s farts.

I first photographed Camp Cope just before they launched their debut album, which was self-titled through Poison City Records. Led by the singles ‘Lost: Season One’, ‘Done’ (of which I am mentioned at the start of the official music video for) and also ‘Jet Fuel Can’t Melt Steel Beams’, their Australian Music Prize-shortlisted self-titled album saw high praise from all ends of the internet, including recognition from SPIN and Noisey. Camp Cope also sold out two shows at the Sydney Opera House as part of Vivid LIVE, before touring the US for the first time, playing over ten states.

Camp Cope’s second album, How to Socialise & How To Make Friends is was just as popular, and they ended up doing an NPR Tiny Desk concert special as part of their USA tour. You can check out some of the photos of Camp Cope’s album launch as part of this project.

Singer-songwriter Georgia McDonald (who we call Georgia Maq”), bassist Kelly Dawn Hellmrich (who we call Kelso), and drummer Sarah Thompson (who we call Thommo”) are a powerful trio and never shift from their committment to social issues. People often ask me if Camp Cope are approachable, and I laugh. They are as friendly as anyone else, and as combative as anyone else when stupidity is a presence. It’s a matter of courage and committment to your own views, not approachability. After all, this is 2018.

In 2018, GMaq (I abbreviated that even further), changed the lyrics to The Opener at a range of shows; most notably at Falls Festival in Byron Bay. The original lyrics were changed to something similar to “It’s one more man telling us we can’t fill up a tent, it’s another fucking festival booking just nine women.” I wasn’t on Falls Festival with Camp Cope, but I have always supported Camp Cope’s committment to issues inside and outside the music scene that are aligned to mine.

I have been on festivals where Camp Cope has pulled crowds twice as large at 1:30pm than a band billed at 6pm. If you’ve ever been to a festival before, you’ll know that is a huge deal given when the gates open around midday, there’s merely a couple of rows of people for the first bands on. Don’t believe me with the size of the crowds? Check out the Camp Cope Laneway Festival photos. It isn’t all call and no initiative – Camp Cope launched #ItTakesOne to demand safety in live music areas because there’s far too much sexual assault happening. They live it, not just call for others to change it.

Camp Cope have ‘THE PERSON WEARING THIS SHIRT STANDS AGAINST SEXUAL ASSAULT AND DEMANDS A CHANGE‘ shirts available. Outstanding bands like Gang of Youths, Courtney Barnett and Luca Brasi have joined Camp Cope in pushing for safe spaces at music festivals. 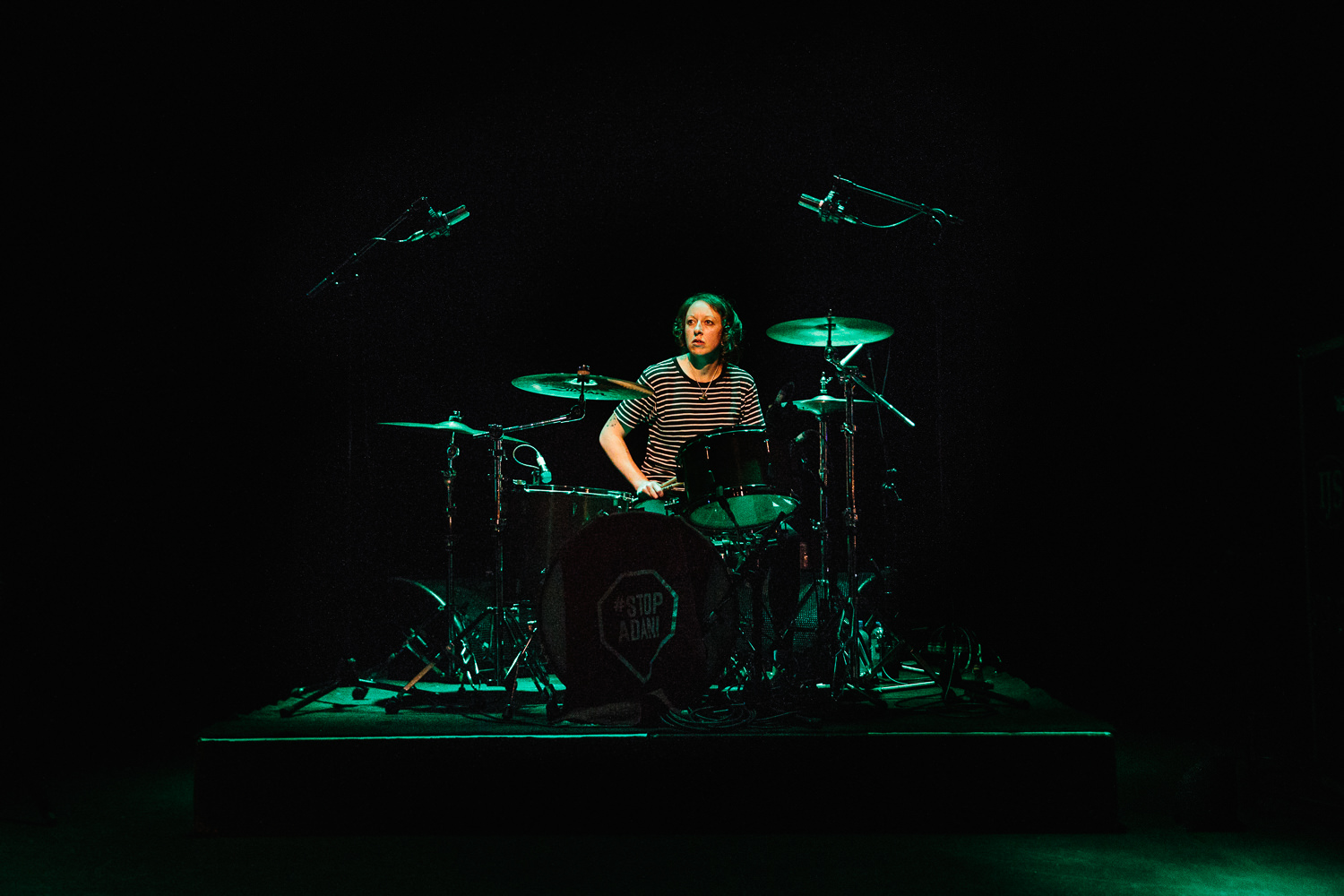 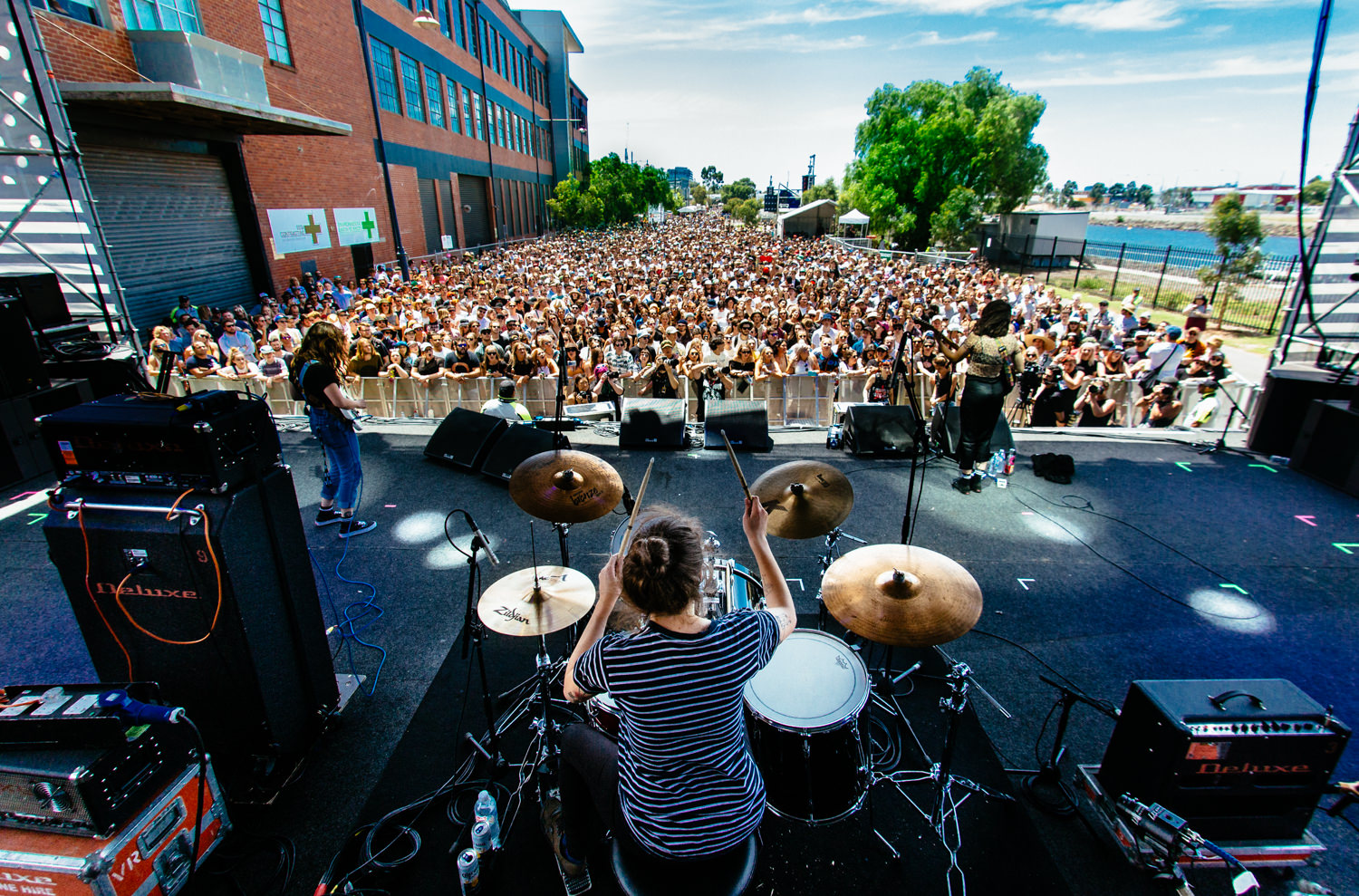 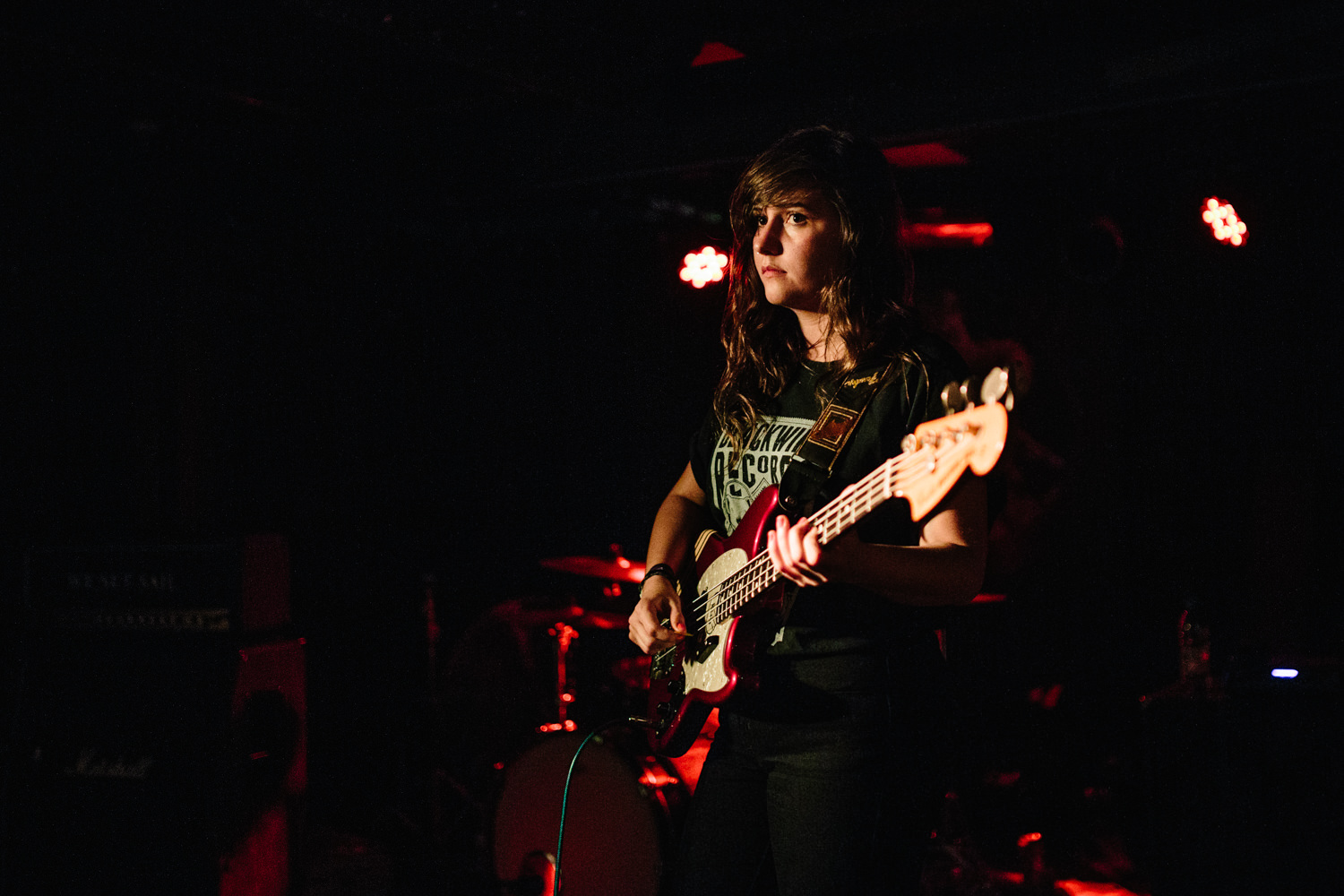 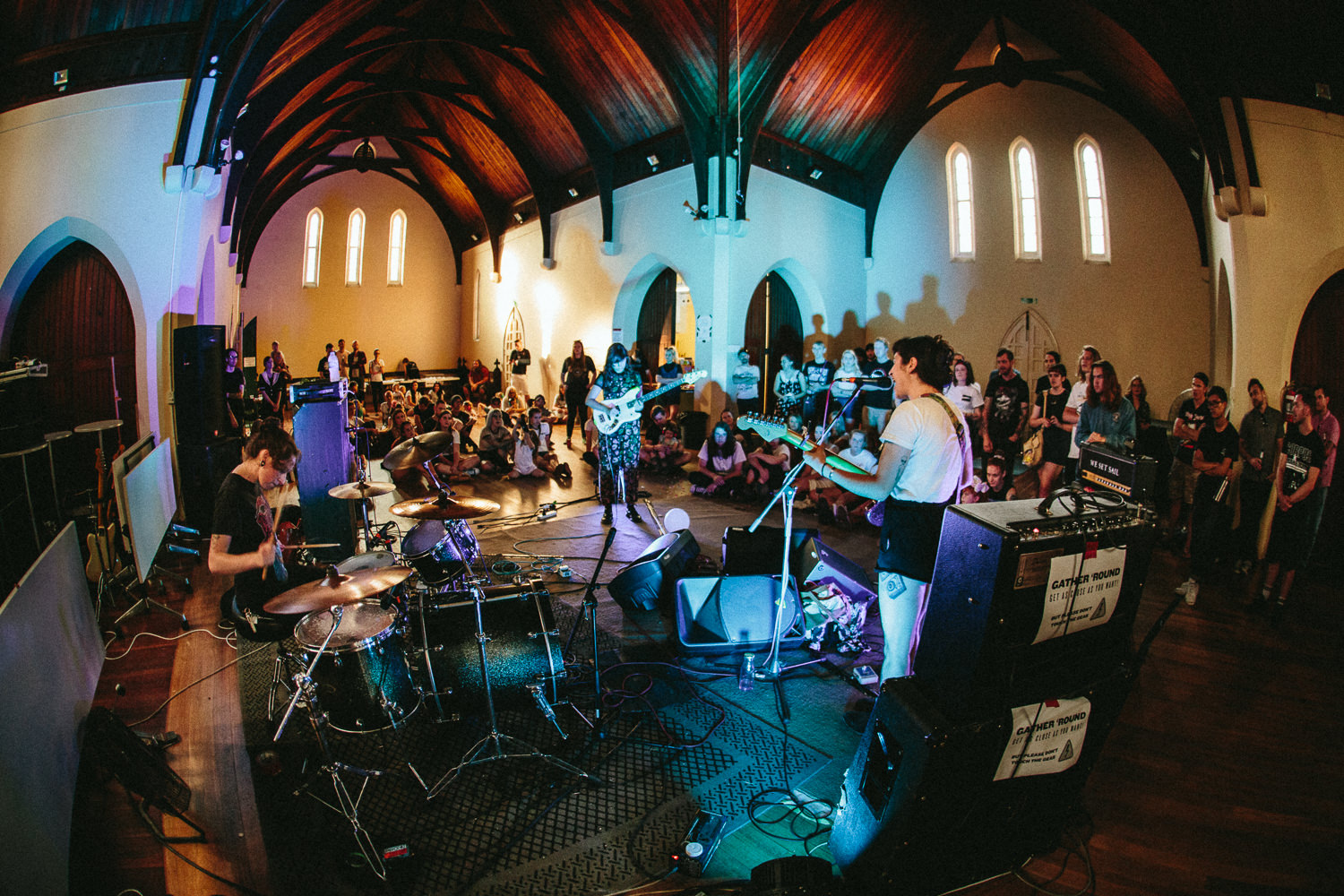 On tour with Camp Cope for their How To Socialise and How To Make Friends Tour. All photos by Matt Walter. Camp Cope are signed to...

On tour with Camp Cope for their Laneway Festival 2017 run. All photos by Matt Walter. Camp Cope are signed to Poison City Records. Listen to...

On tour with Camp Cope for their album launch tour. All photos by Matt Walter. Camp Cope are signed to Poison City Records. Listen to ‘Done’...

On tour with Worriers. All photos by Matt Walter. Camp Cope are signed to Poison City Records. Listen to ‘Done’ and ‘UFO Lighter’. Download the album,...

On tour with Jeff Rosenstock. All photos by Matt Walter. Camp Cope are signed to Poison City Records. Listen to ‘Done’ and ‘UFO Lighter’. Download the...