I landed in the United Kingdom to meet up with the band to find they were as tired as me, after a 10-hour drive from Germany. I had little sympathy because I had just gotten off a 24 hour flight from Australia. 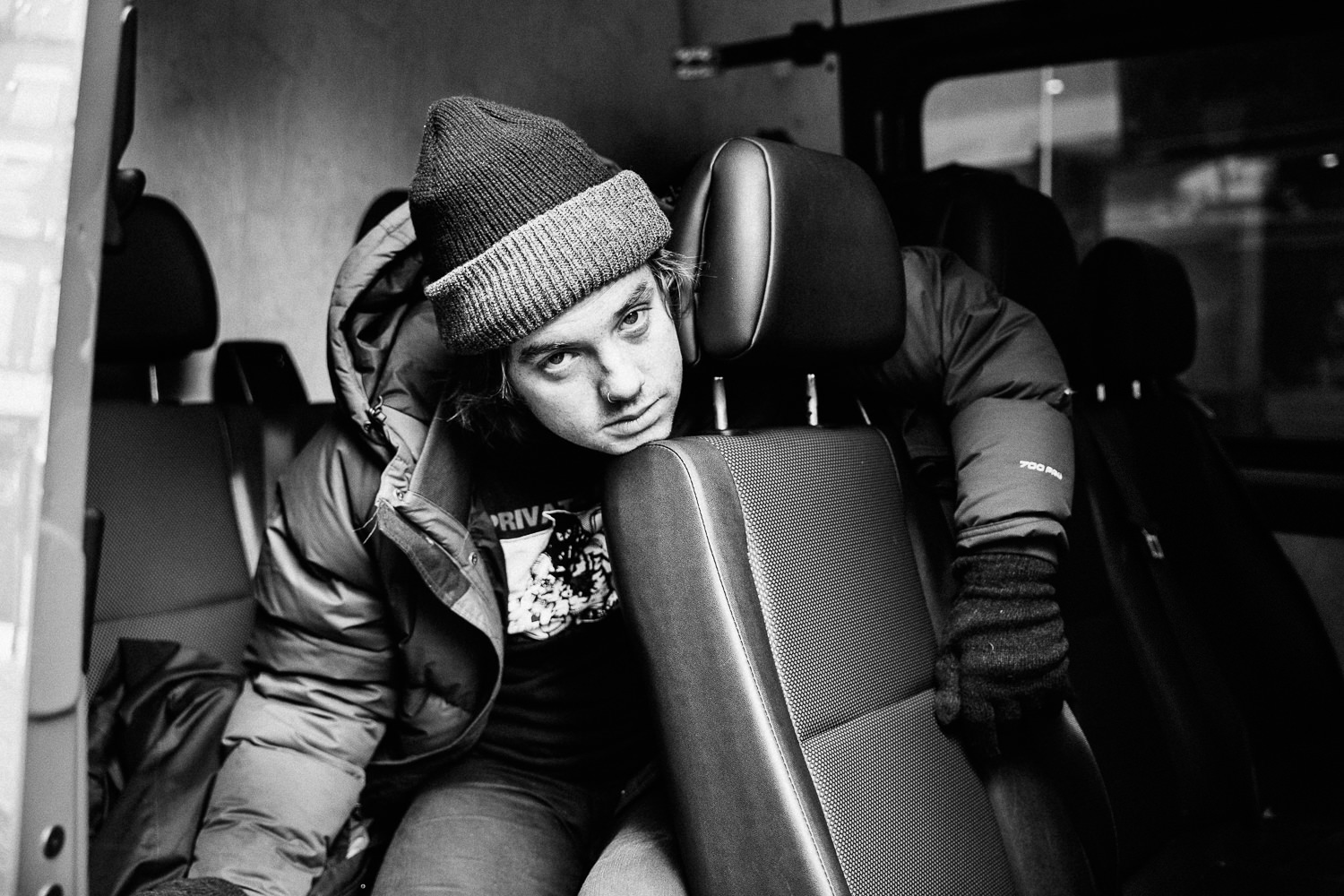 About: Stevie looking tired after a big drive.

One of the things that I found the United Kingdom makes difficult for bands is the number of stairs you have to carry things up. It was rainy as all London days seem t o be and we had to cart heavy cases and speaker cabinets up the stairs. It was slippery, risky and just as dangerous as a Clowns show actually is.

I’m surprised I was able to get any photos from this show with how tired I was. I felt like I was going to fall asleep on my feet.

I was leaning on the foldback speakers and my legs were giving way. I was that tired. I drank many red bulls to get ready for Clowns (band) to come on stage. Together, obviously. With alcohol, obviously. Enjoy these photos because I definitely do not remember taking them.

What a chaotic first night. 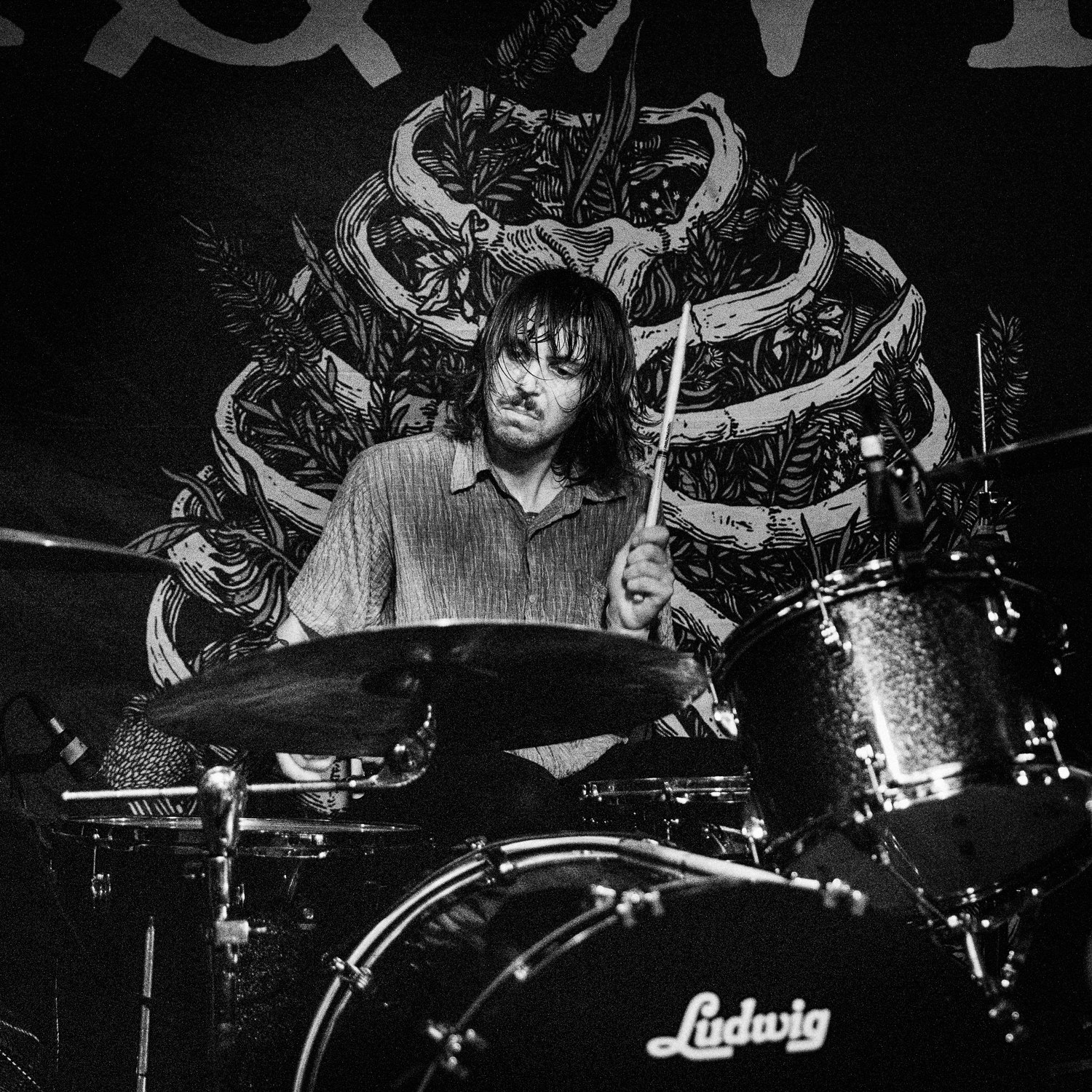 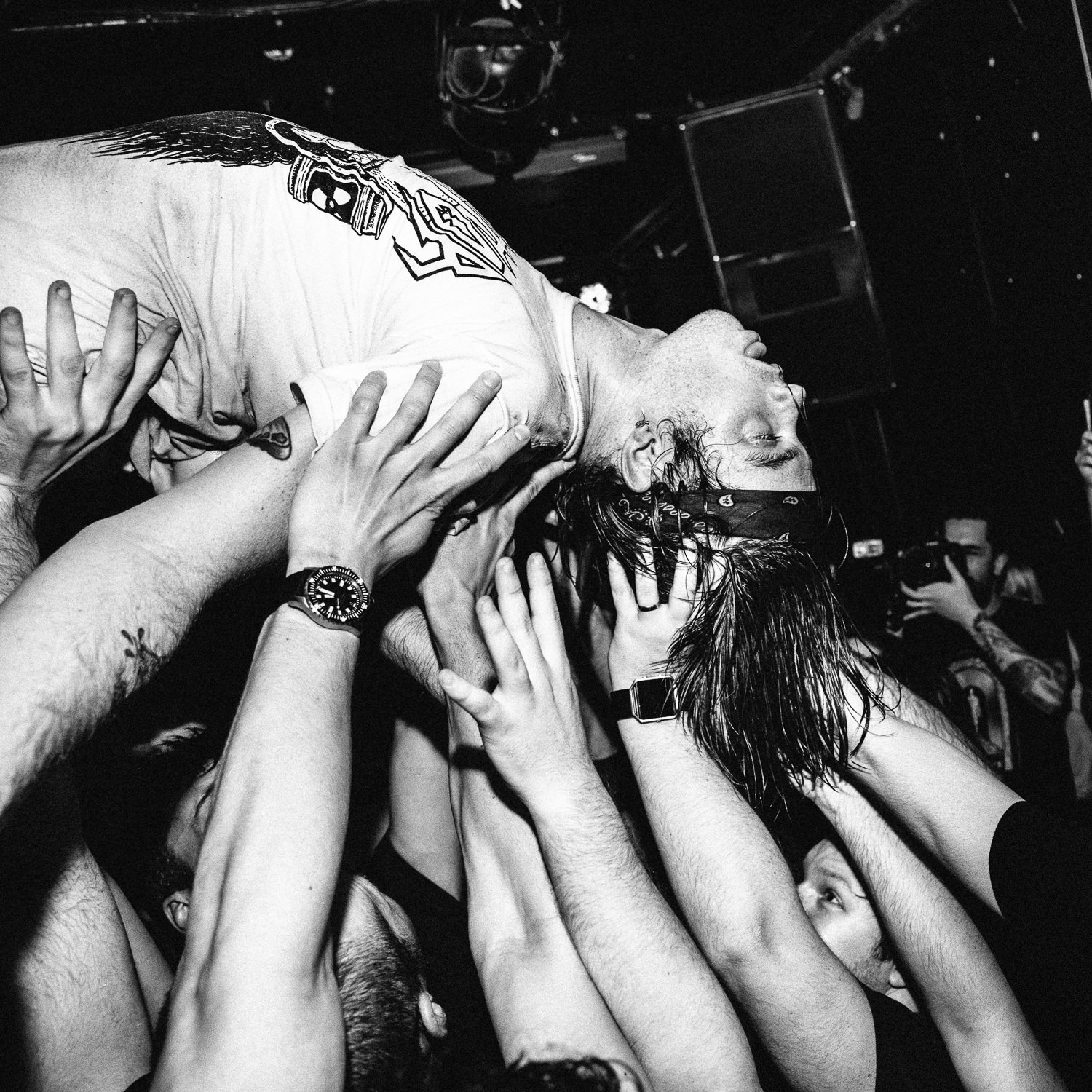 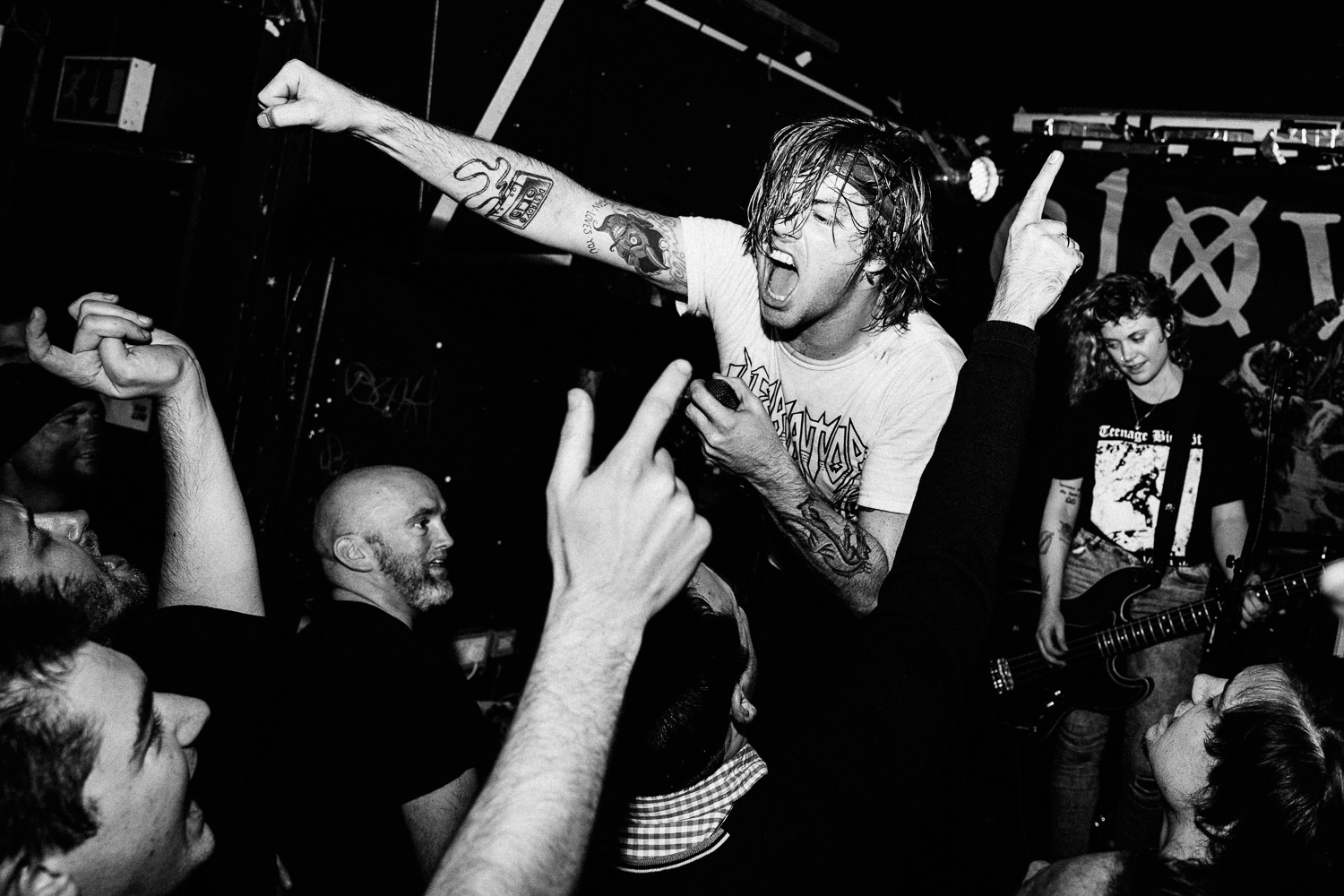 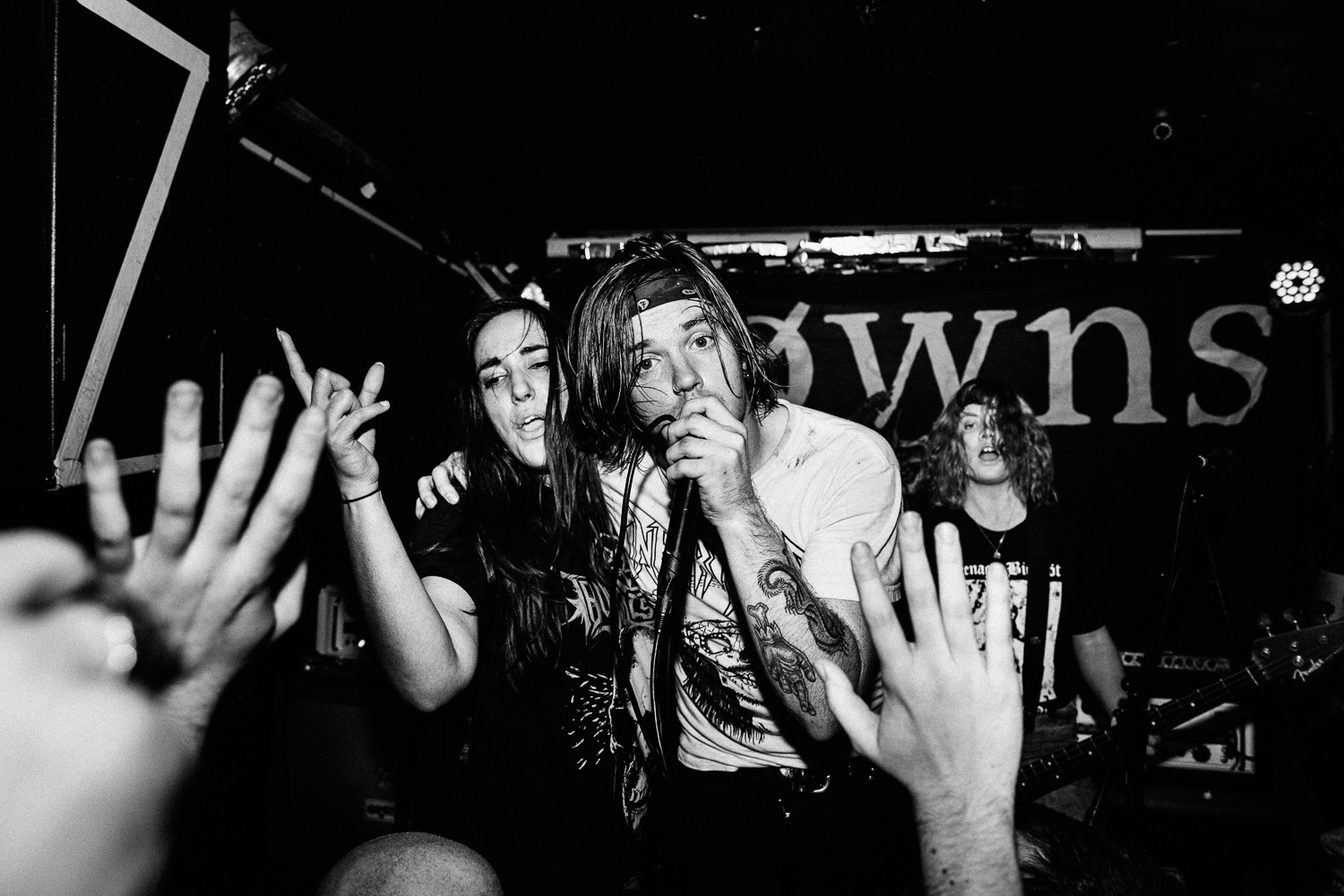 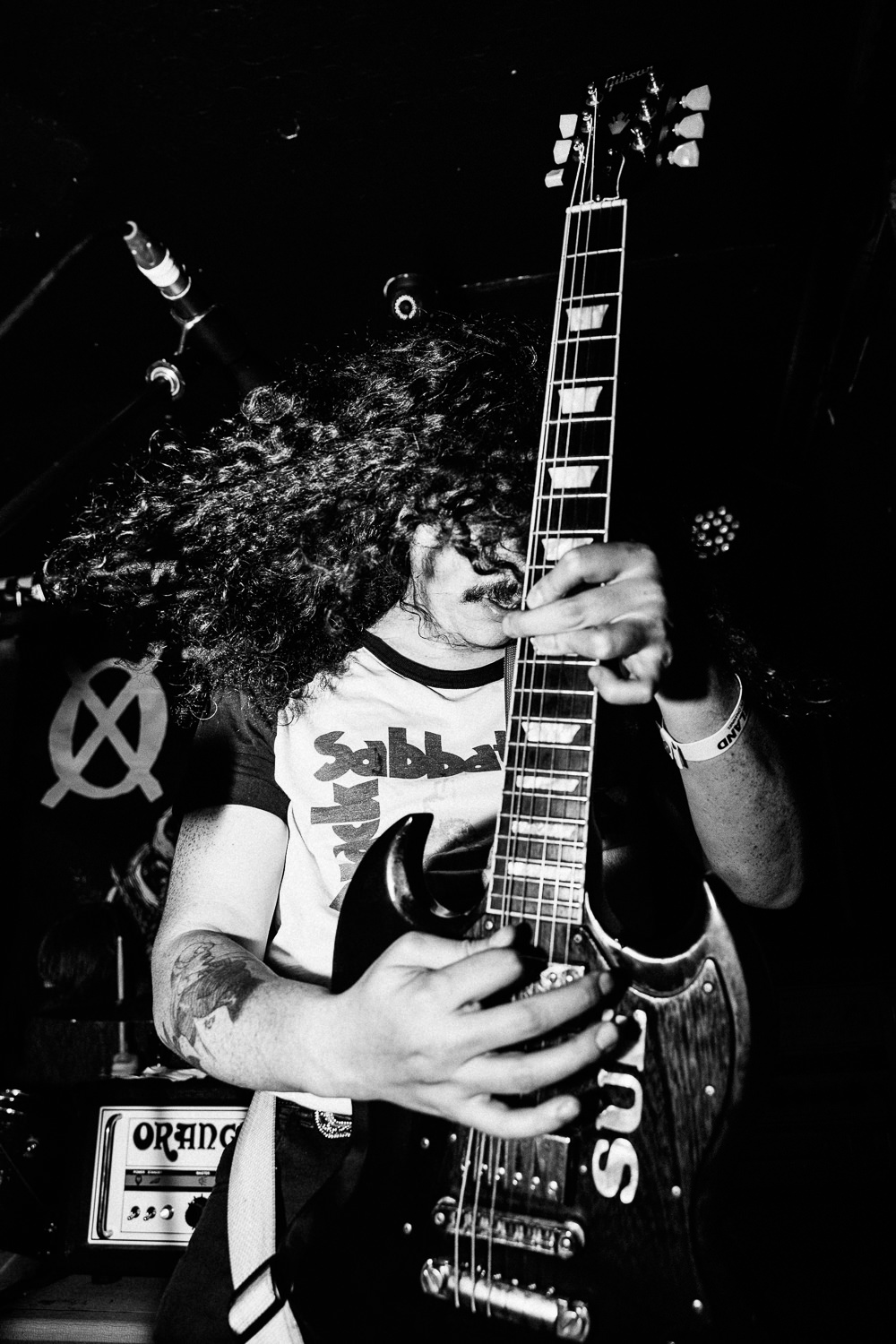 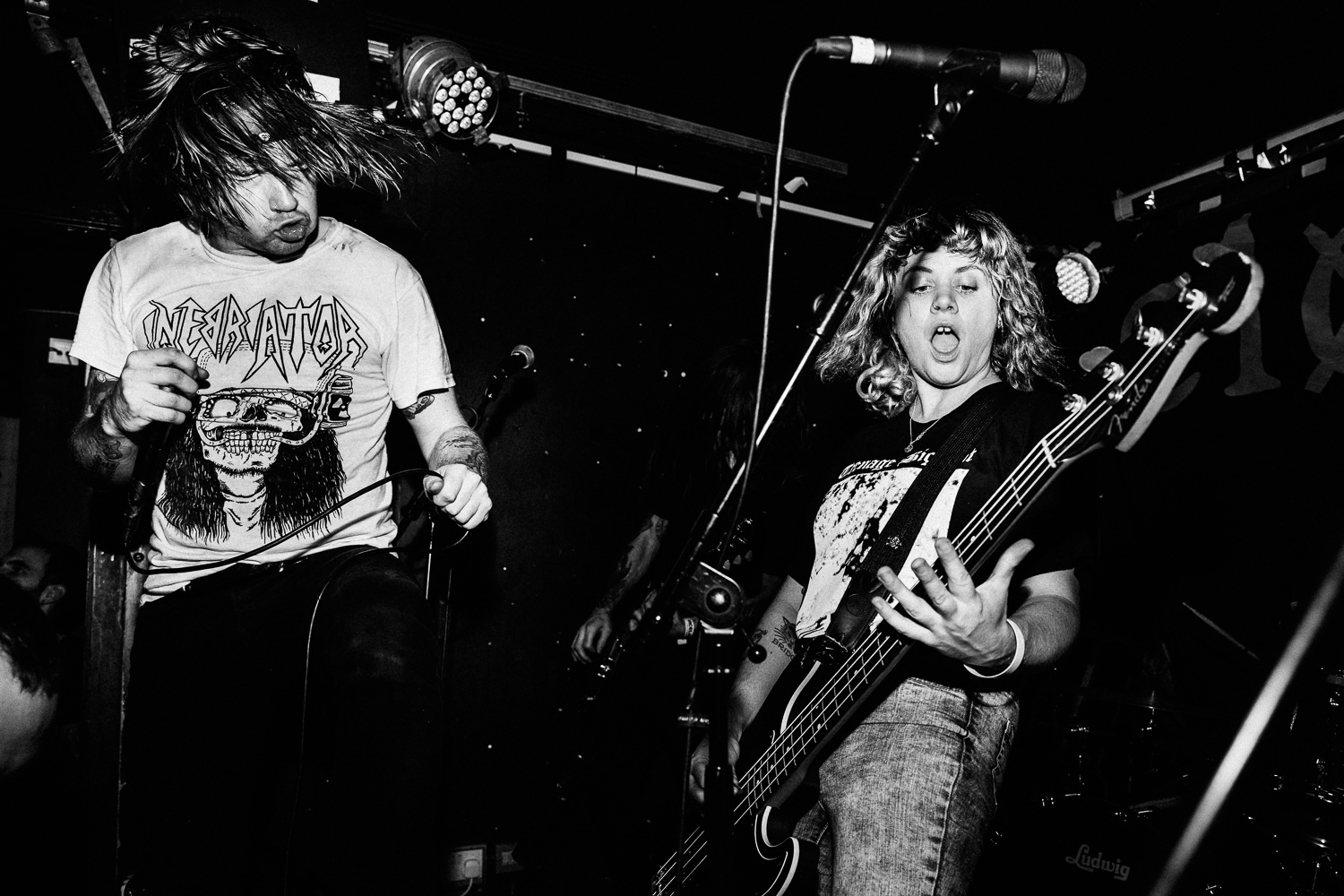 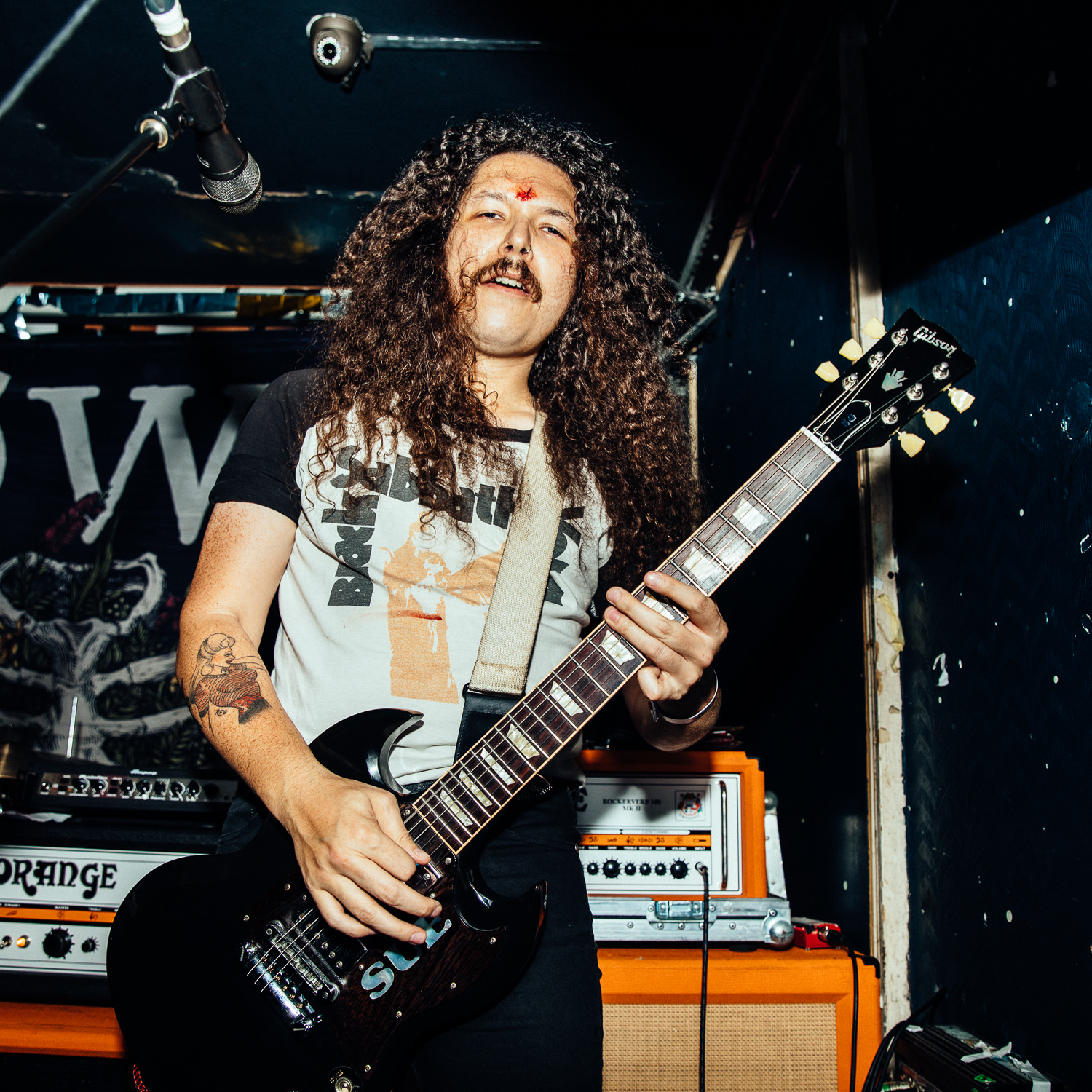 Someone made cakes for Clowns. Vegan, custom donuts that tasted absolutely amazing. I’m pretty sure the O went first because it was the biggest and someone was really hungry. It was really hard to eat these only because it was such an amazing arrangement. 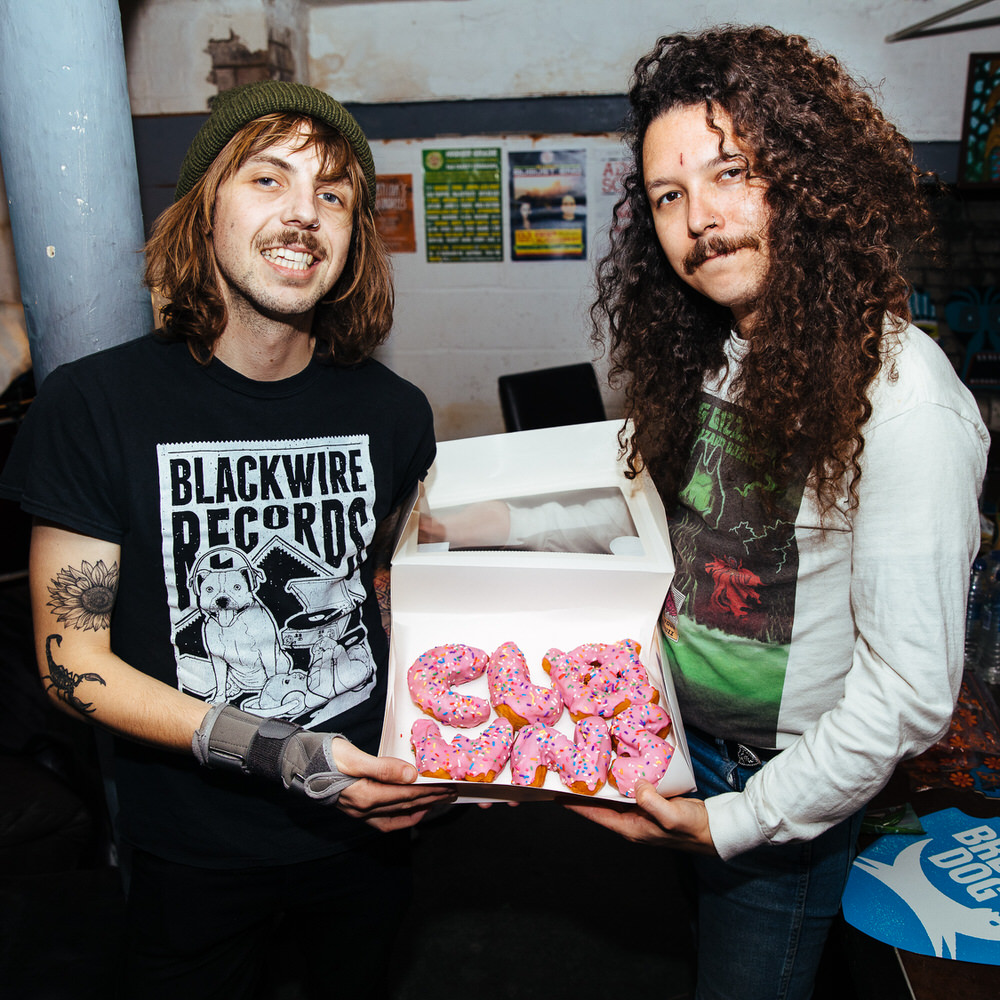 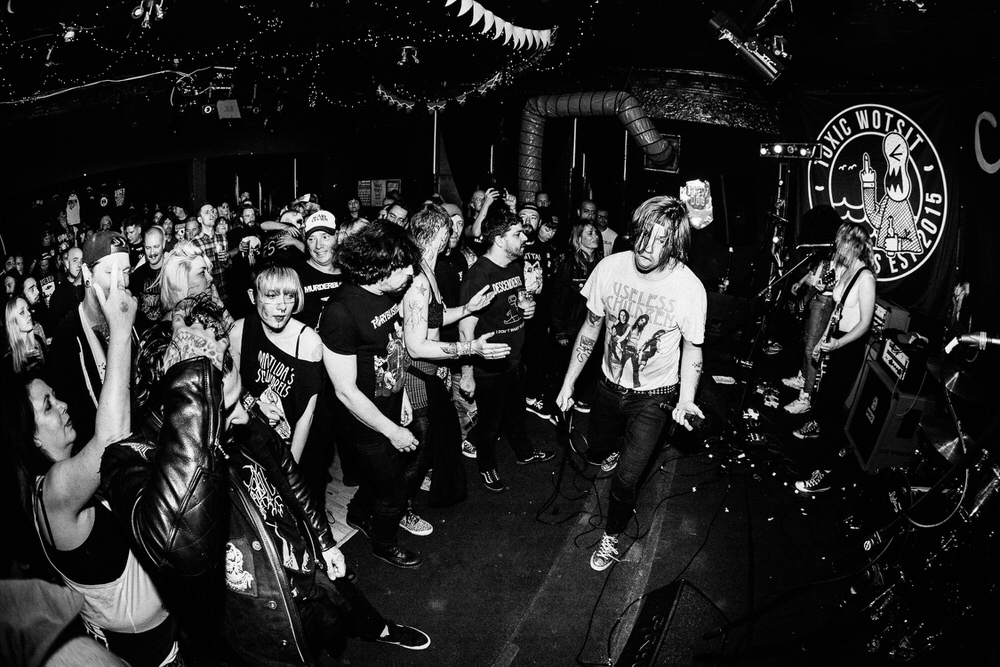 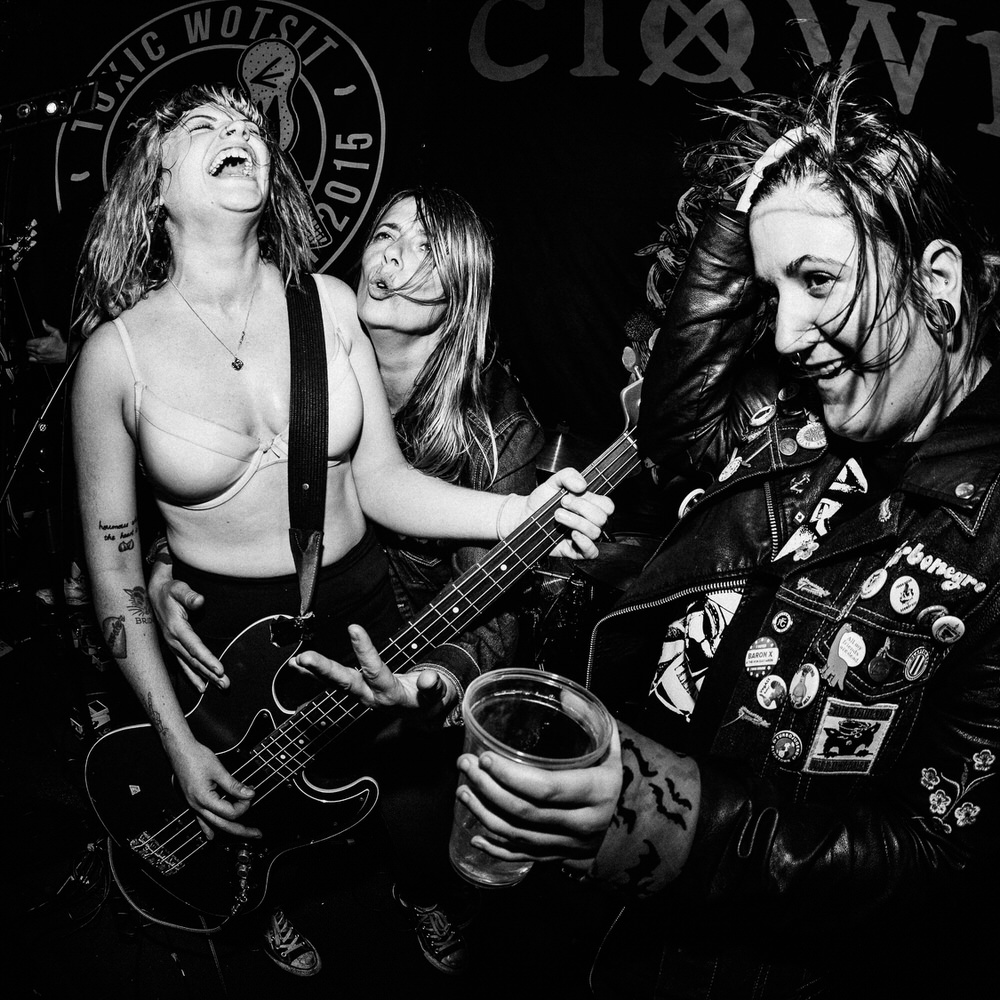 Sometimes in small venues, I take photos with a fisheye lens. If you extend the fisheye lens so that the image is flattened out, you sometimes get some unexpected results. Will has long hair, but definitely not this long. 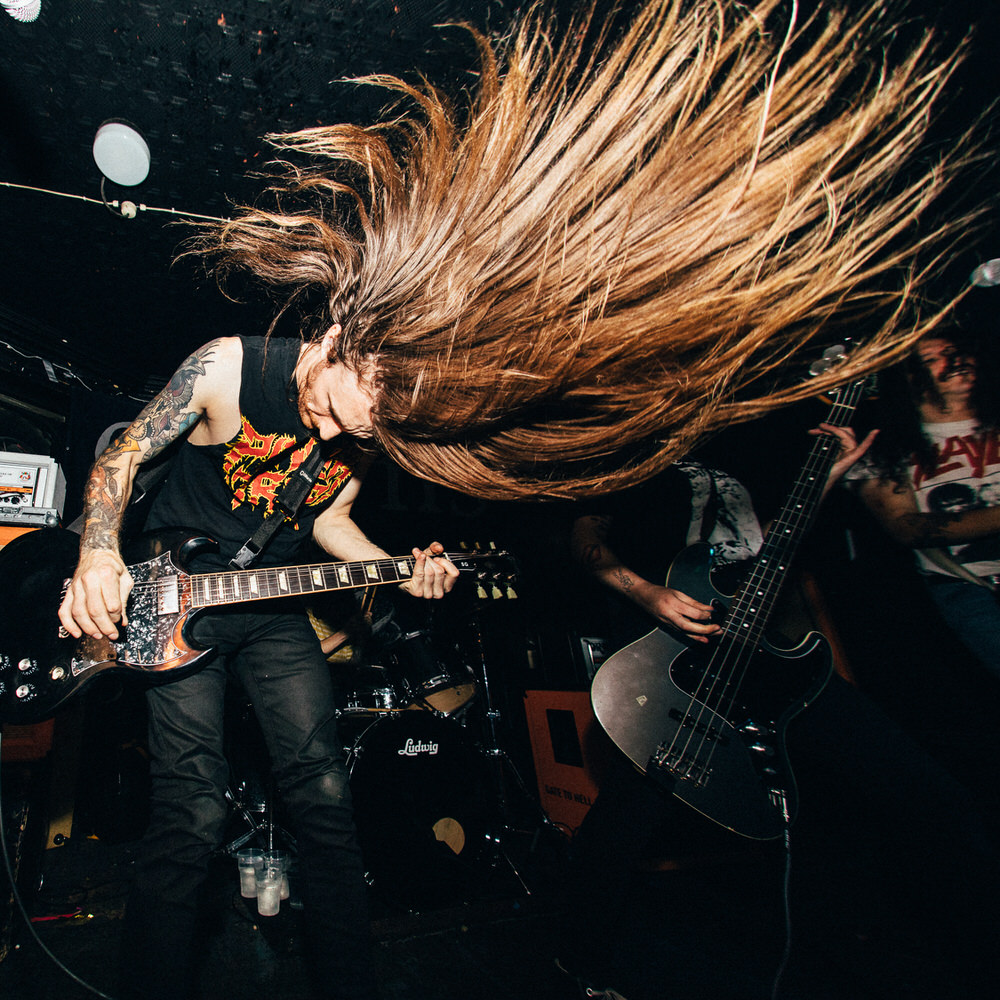 Sometimes people push you, and sometimes they push you in the face. Just ask Stevie. 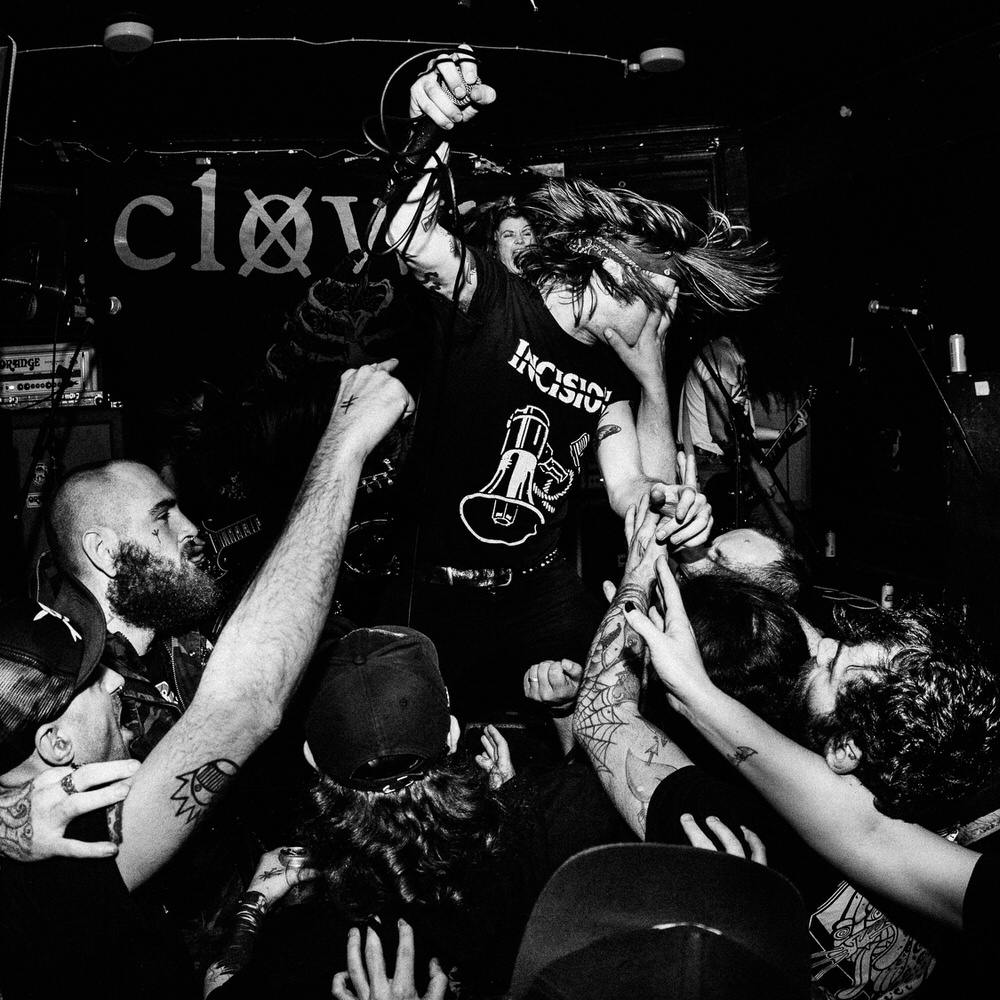 In Manchester it started a trend of human pyramids. I can’t remember what started it, but the pyramid seemed well organised by the crowd. It’s almost like they had done it before. Maybe it is a Manchester thing? 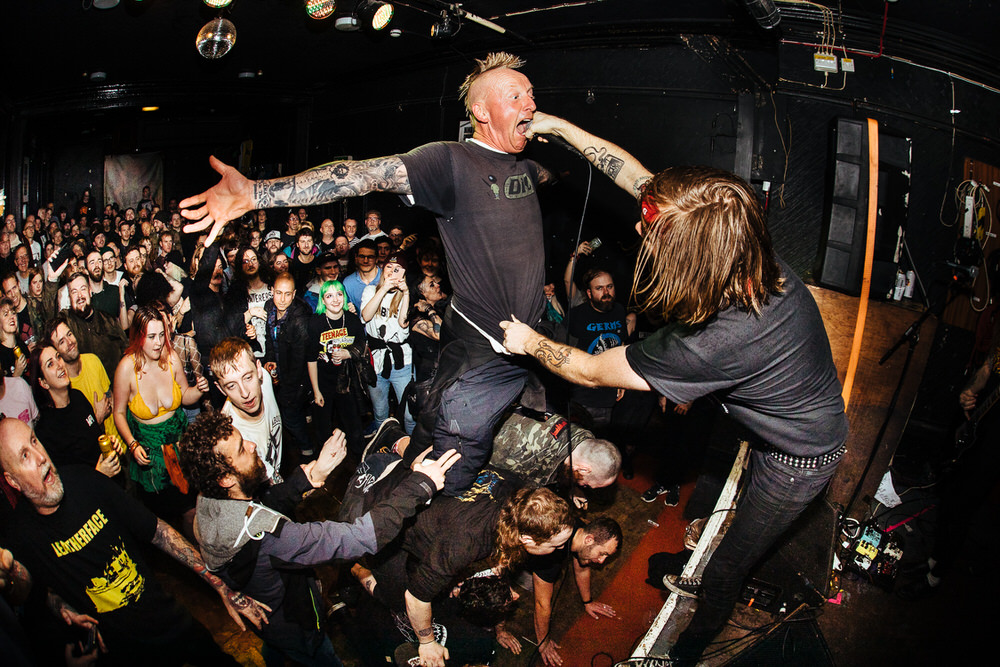 The same baker of the donuts also made a cake for Clowns (band)’s Manchester show. It included a cake topper of a photo from their recent time in Japan. Super-kawaii. 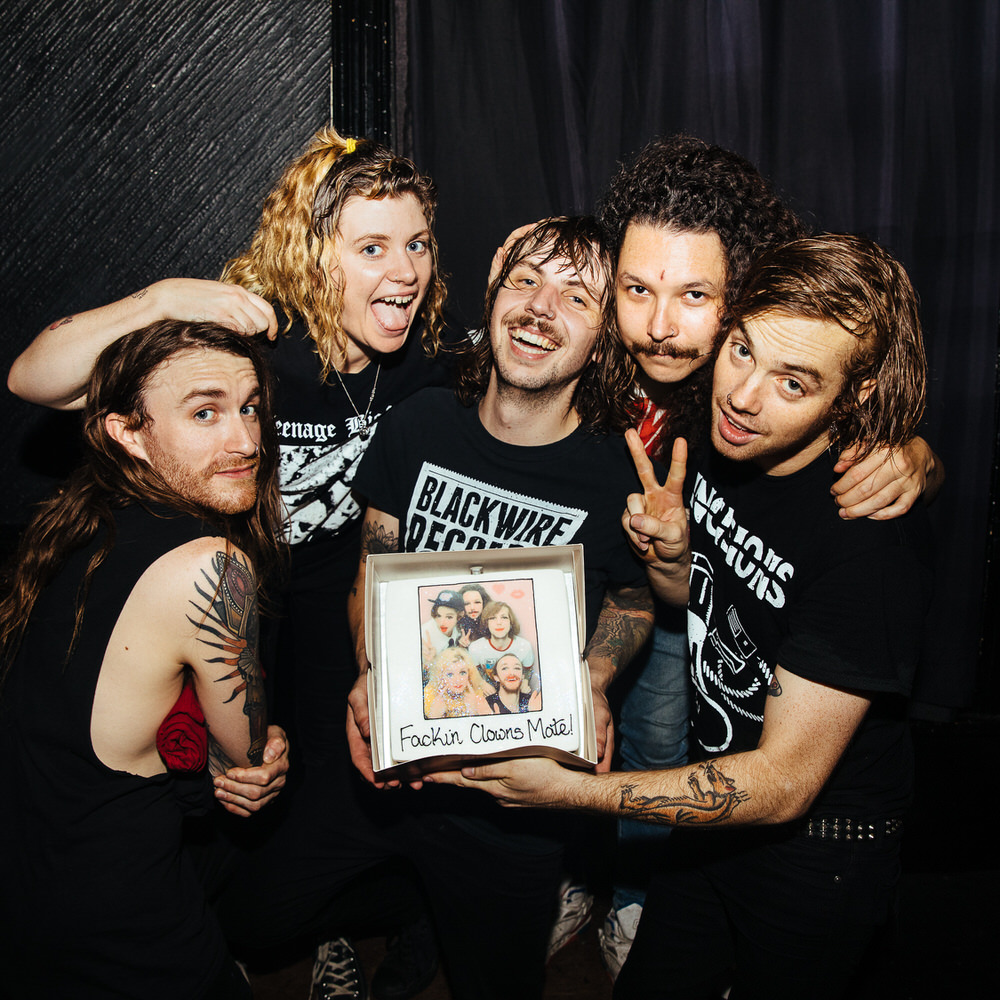 Manchester’s Clowns show was so hot, even the walls and doors were sweating. It was honestly one of the hottest shows I’ve photographed. 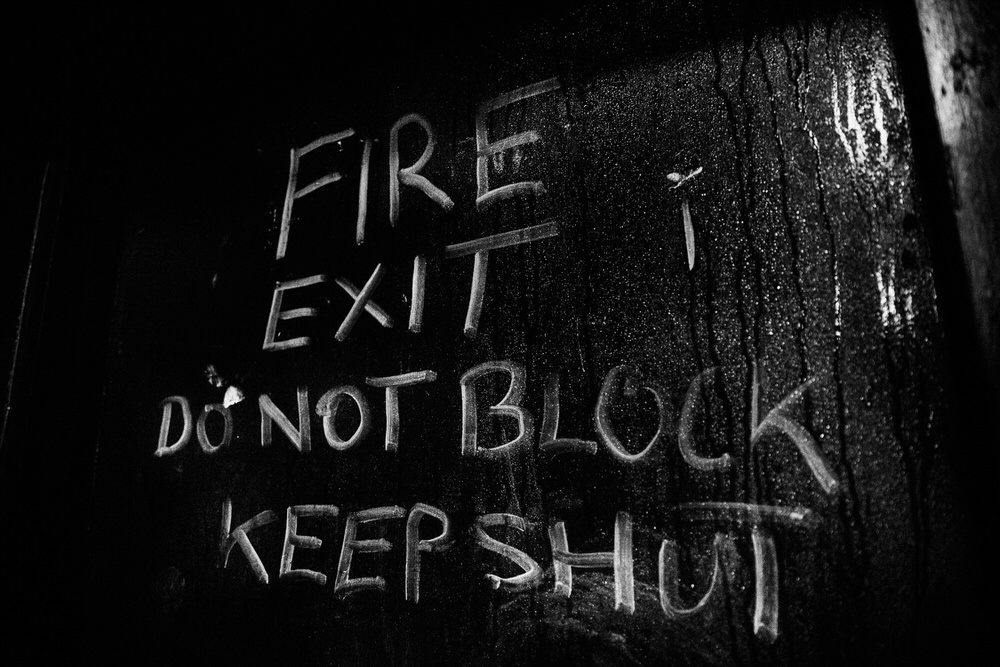 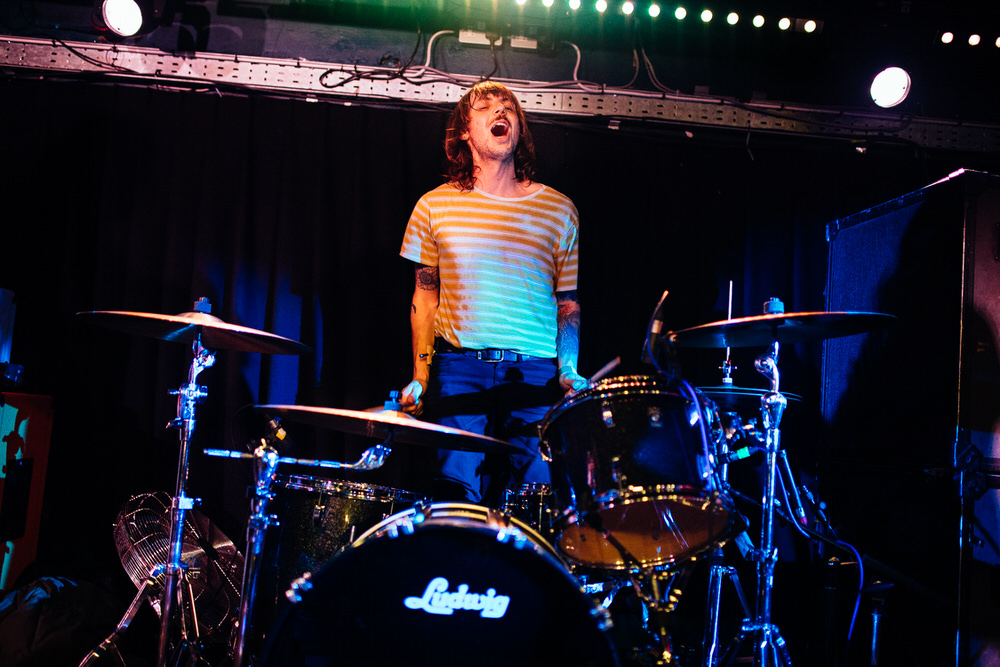 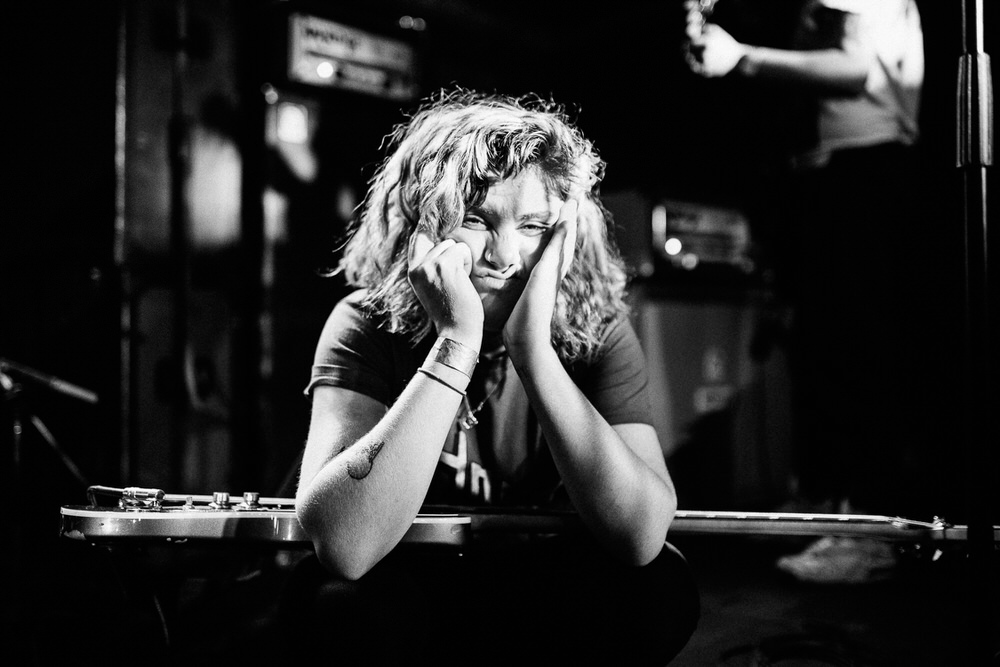 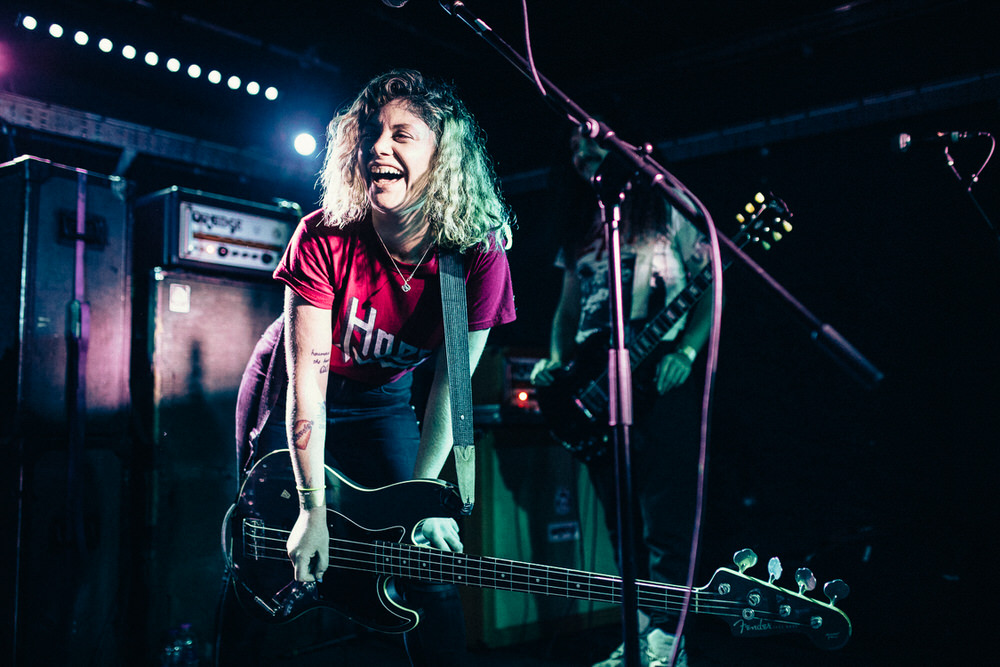