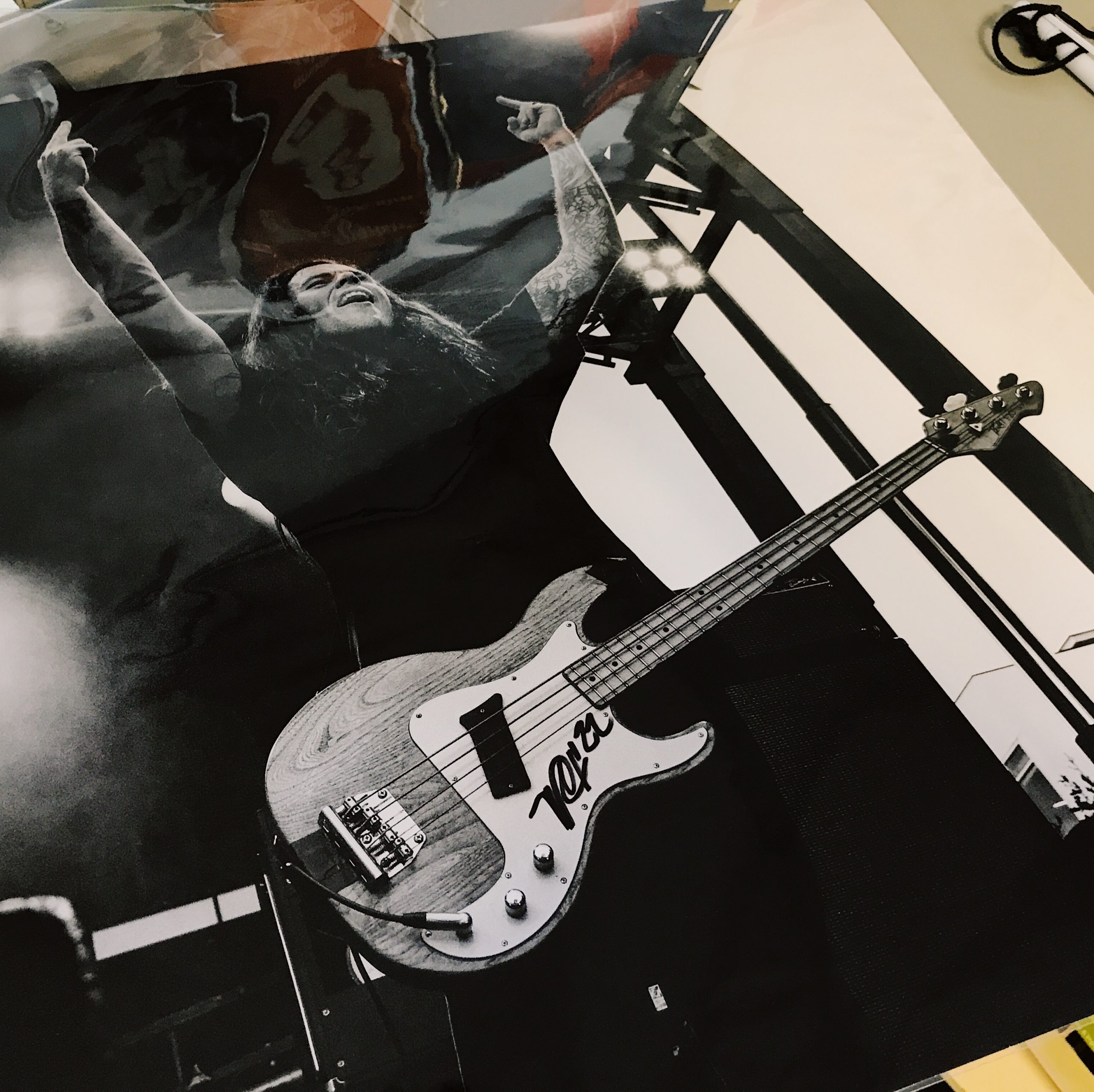 Get a head start on the next print sale!

A little while ago I gave away a Violent Soho photo print to anyone who signed up to my mailing list. I don’t even spam. I haven’t actually sent an email to anyone on the list since they signed up!

Because my prints are super limited in quantity (we’re talking super limited – only five of each signed print are available, ever!) many people have asked me for a heads up on the prints becoming available before I promote it on social media. I’ve offered three different prints so far, but you may not have heard about all of them because they sold out before I even could promote them. I want to keep the print quantity on my prints super limited to protect how special they are to the owners, so simply printing more is not an option for me. I thought the best way of giving legends a chance to buy a print before anyone else does is to let them know 24 hours before I tell anyone on social media.

You’ll get a head start on all other print buyers by signing up for my VIP Legends email. 24 hours before I make the print public, I will email you a link to buy a copy before I start promoting it on social media. I guess it’s like an early bird email, except for legends. Everyone who signed up to win the Violent Soho print will already be on the list. That means at the time of writing this, over 400 people will be given a secret link to buy the print before it goes on sale for everyone else. When there are only five prints available and 400 people will be able to buy it for the first 24 hours, do you really want to take the risk? I wouldn’t.

Sign up for the VIP Legend email and get the first secret link to my next print in an email I’ll be sending everyone tomorrow. Then 24 hours later, I’ll make the print available to everyone on social media.

I haven’t announced who the print is of, but it is signed by the artist as per usual. Let me give you a hint – it’s of someone who is in a band that released an album recently…