Why are the Story Bridge lights purple?

You might remember that some time ago I photographed the Story Bridge lights for Brisbane City Council. Those photos were the ones used on Channel 9, Brisbane Times and other media outlets and are some of my most viewed photos to-date. I also photographed the bridge lights while they were multicoloured to support Valley Fiesta.

I was happy with the photos but was a little disappointed that the Riverwalk had been washed away in the 2011 floods, meaning I couldn’t shoot from an area with an unobstructed view. I ended up taking the earlier photos from Wilson’s Outlook, which is a beautiful view but doesn’t have the same impact I imagined the Riverwalk would have had.

Luckily for me, the Riverwalk was rebuilt and opened recently. I took the opportunity to photograph the Story Bridge lights from the new Riverwalk even though they were lit purple, just like the first time I photographed it. But why are the Story Bridge lights coloured purple anyway? The first time was simply to show off the bridge’s ability to change colour with the new lighting setup, but this time the colours were purple for Brisbane’s Greek Festival, Paniyiri.

The Story Bridge lights were meant to be blue and white to support Paniyiri, but somehow they were purple. I wasn’t complaining though, because purple looked so nice against that sunset.

William Jolly Bridge and Victoria Bridge have some great projections beamed onto them, but I think the scheduled light patterns as part of the Story Bridge are the best in Brisbane. It’s especially great to view when you know that they are lit that way to raise awareness of a certain charity or purpose. Brisbane City Council’s website often says what the lighting pattern is supporting.

You can get a great view of the Story Bridge lights from the upper ridge of Kangaroo Point cliffs. 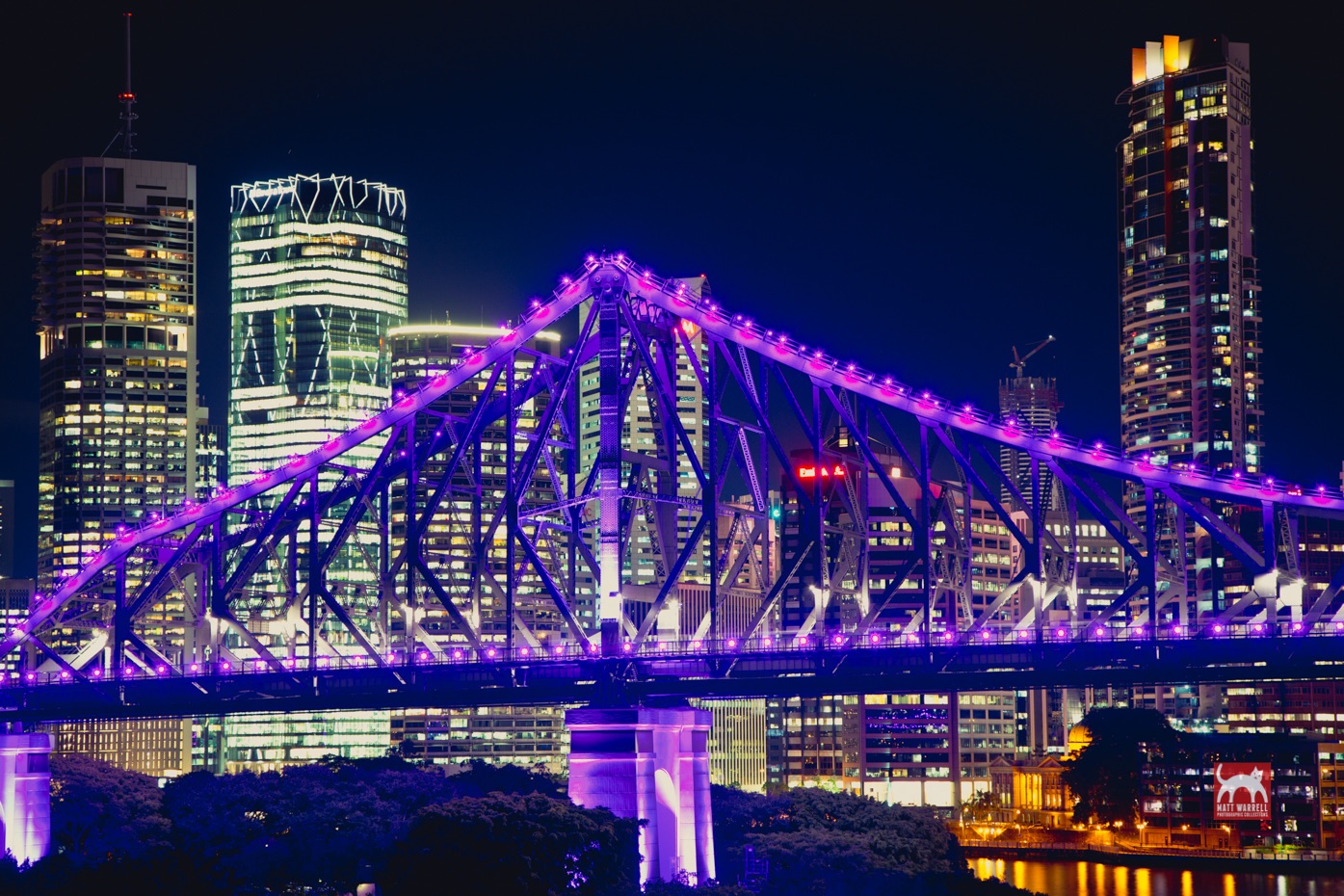 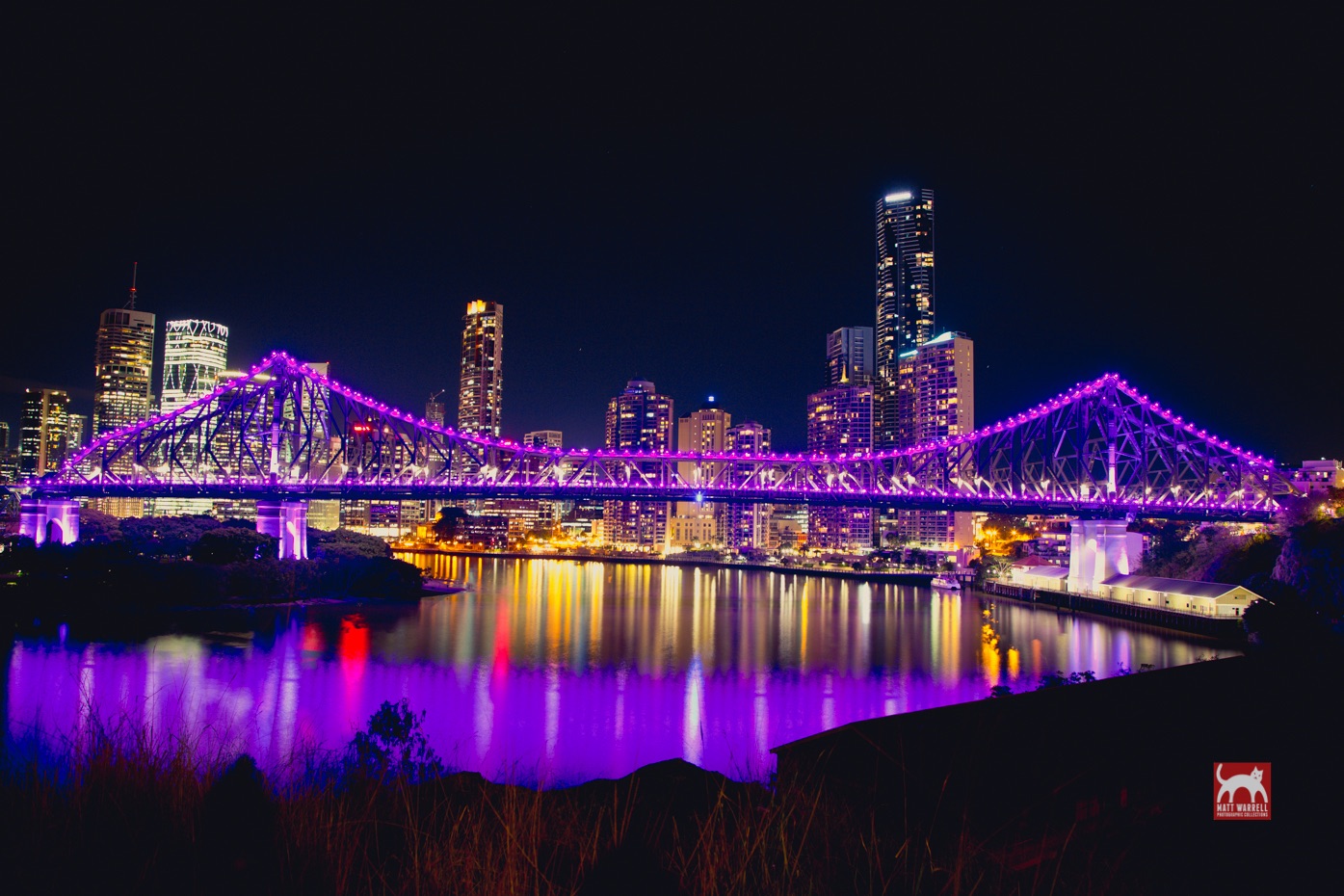 Reader question: Do I need a photo pass?