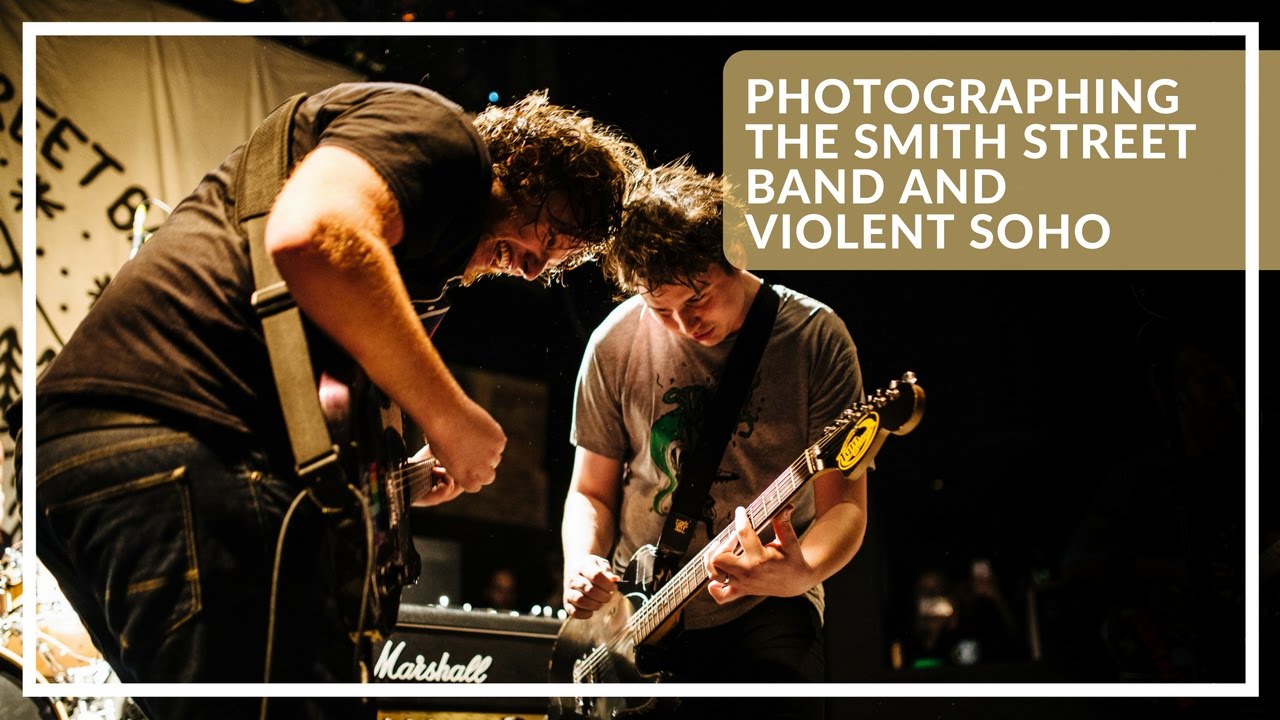 Concert Photography Tips episode 7 highlights the importance of seizing the opportunities you’re given at shows.

Not all shows are straightforward. Some shows throw curveballs for the audience, and for you as the photographer too! Sometimes you’ll be aware of the opportunity like I was in this video featuring The Smith Street Band and Violent Soho, but regardless of any insight you have, being prepared for anything is crucial to taking a great music photograph.

Here’s what I said in the above video:

If you know the band you’re photographing well, it always pays to ask them if anything special is going to happen during the gig. Are they going to be in a certain position when something happens? Is there going to be a certain guest coming out to do one of the songs with them?

Thanks so much for the kind words on Music Photography Tips episode 6! Here are some of the comments you made:

These vids are gr8! – @rosscorr

This is sick. Cheers for being a legend, legend! – @alanapotts

Please keep up what you are doing. I have learned a lot from just looking at your content and watching your tips videos. – @mhinoproductions

Again, your feedback means the world to me! Thanks for everything you guys are doing to support the Music Photography Tips video series!