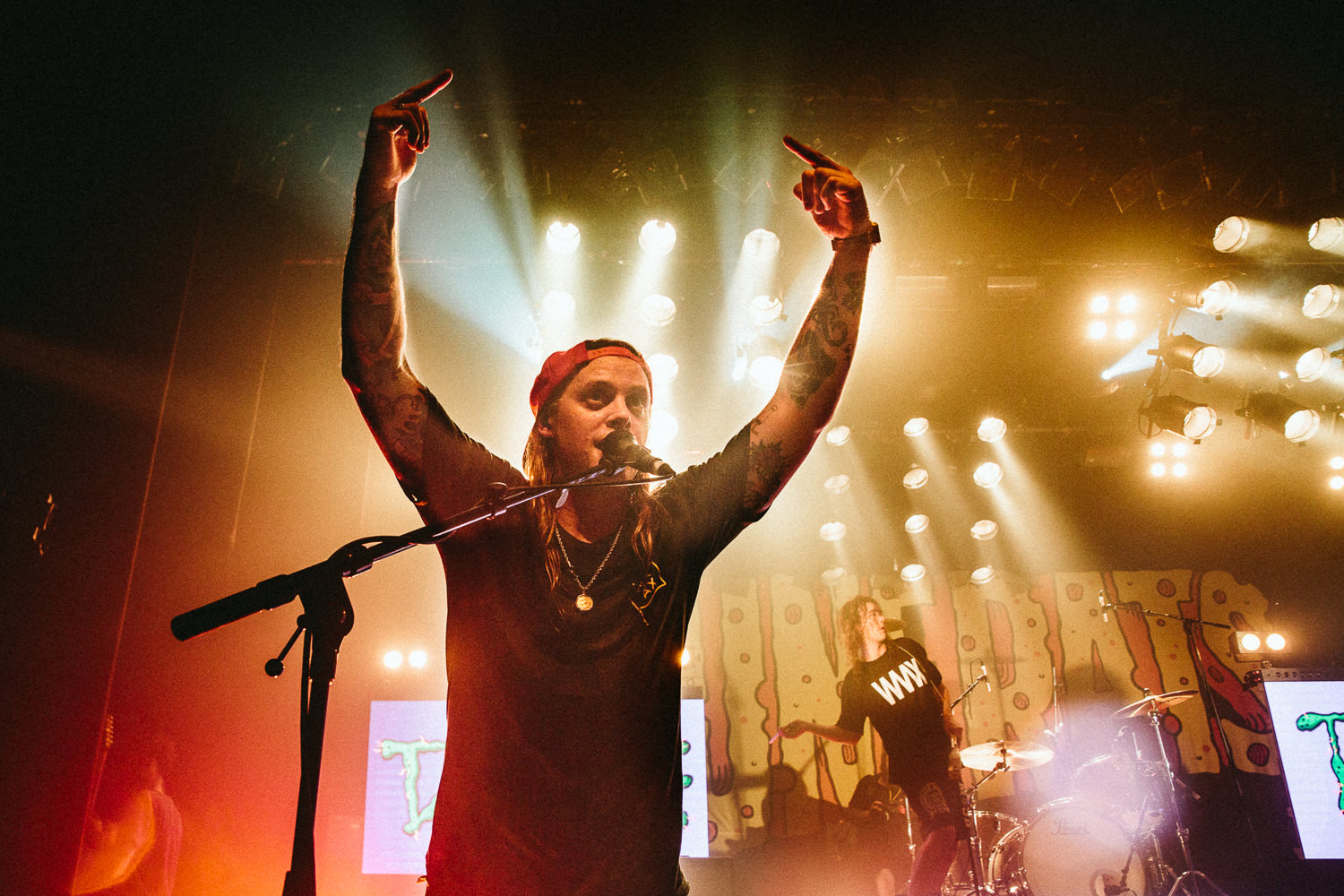 People often ask me for help with photo editing when they’re doing concert photography or music photography. It’s a hard thing to explain because applying it to your own photo that is totally different doesn’t make sense. So I’ll start making these music photography editing tutorial videos if you like them. Maybe it will interest people who don’t know what goes into editing a photo, too 🤙🏼

This is a photo I took of Dune Rats at The Tivoli. Dune Rats are a punk band from Brisbane, Australia.

I cropped the image at the bottom right to reduce the number of screens shown in the photo.

I decreased the highlights and recovered a slight amount of shadows. We’ll deal with the heavy shadows on Danny, the singer, soon.

I heavily increased the clarity to bring out some of the details in the light beams.

I decreased all cooler tones in the image individually in the saturation and luminance panels and increased the warmer, orange and yellow tones.

I applied some dehazing on the far right to apply some further contrast to the lights only.

I used a masking layer to heavily increase the exposure on Danny and also applied some clarity to retain some of the lines that would have been reduced as part of the increase in exposure.

And that’s how I edited this photo of Dune Rats. You can check out more music photography editing tutorials right here.